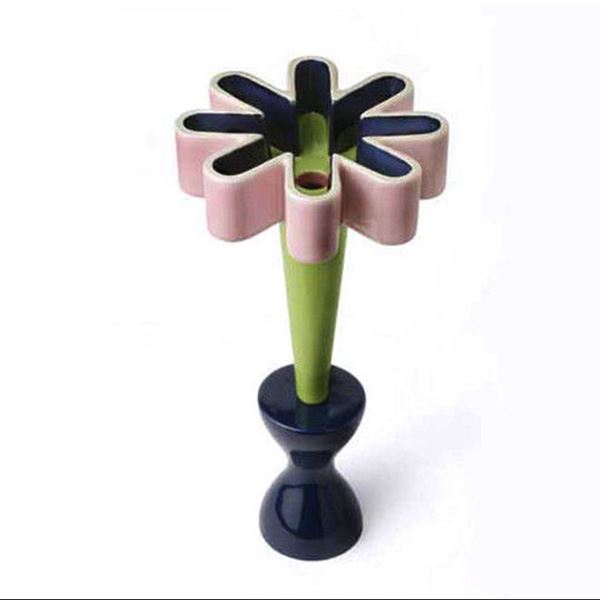 From Giampaolo Monti, director of Bitossi:

Some years ago we had our first contact with Karim who loves the work of Ettore Sottsass and the legendary totems that we made in the Sixties’. He wanted to develop with us a new collection of ceramics but the project was delayed for a long time as we reorganised our company. Last year we had the first meeting with Karim who had already become a globally recognised design star. The artist showed a reverence for the Bitossi company, for its ceramics history and for its skilled workers, all of which impressed us immediately. It was only a short time from that moment to the arrival of the first drawings. Karim had evidently been thinking about this project with us for a long time!

The drawings were wonderful, but at the same time, very hard to realize , but we still decided to face the challenge. Talks followed for the choice of colours and to solve the most difficult details. We were infected by the explosive and communicative strength of his artificial tones, colours that sometimes seemed to rebel against imagination, just as Sottsass had done thirty years earlier.

At present, the drawings have taken shape and seem to form a link between the digital world and the land of ceramics in an apparently contradictory combination. They make us understand how close these realities can be.

The talent of Karim Rashid is prized. We can see how strong is his will, portraying the world in a different way, made up of signs, icons, and elements that identify this artist as a unique identity.