Designed by Anglo-Italian team Giopato & Coombes the Bolle Lighting Collection is inspired by the lightness of soap bubbles.

In their own words;

“For few seconds, in front of us, we were surrounded by hundreds of soap bubbles. It was a magical moment with their formal simplicity it was beautiful and immediate: we wanted to crystallize this moment, when the bubbles grow until they touch each other, just before exploding! So this was the beginning. For us the lightness of the soap bubbles has become a metaphor for the immateriality of light.”

Bolle is a suspension lamp in transparent glass, where the illuminated brass LED bulb is suspended between the spheres, giving light to not only the space but also the curved surfaces, multiplying reflections to amplify the magical effect.

In contrast to the intangible and magical appearance of the glass, the central brass body maintains a sense of functional rigor. The meticulous design development has simplified the body into a simple cylinder, whose internal components are stacked and self-locking, without the need for screws. The double-sided Led bulb, designed and produced for this lamp, allows for downward and upward lighting. The rigorous design has maintained a formal minimalism with an intentional illumination, that emphasizes the characteristics of glass.


The collection consists of three pendants which can be bought separately or combined to create a larger lighting feature. 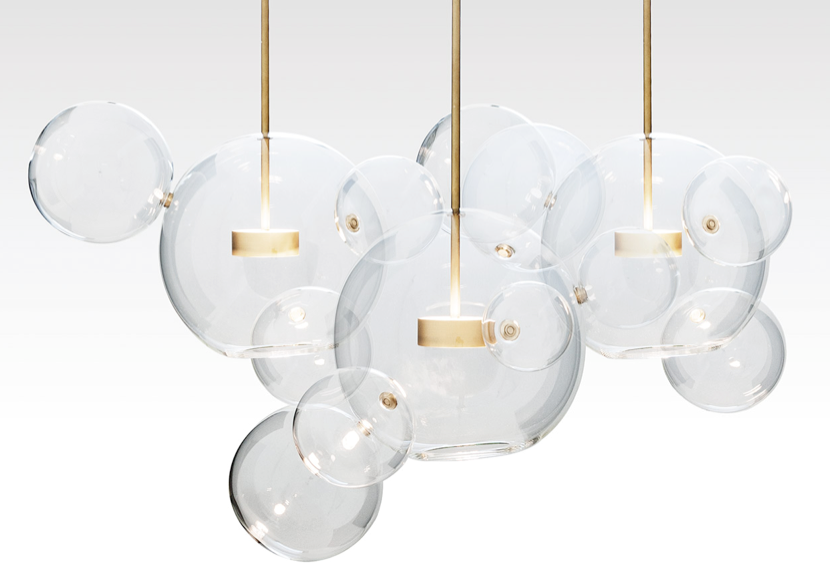 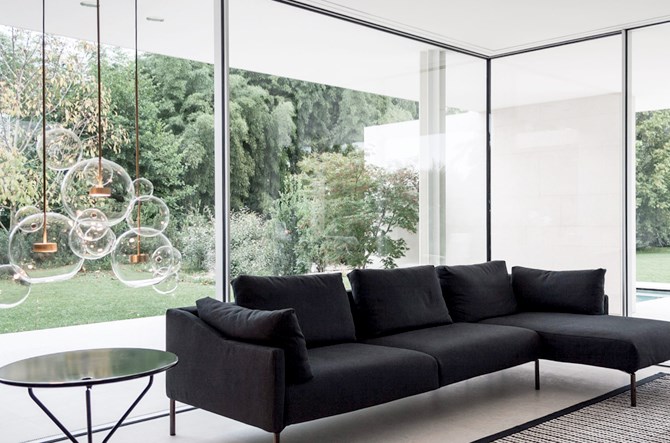