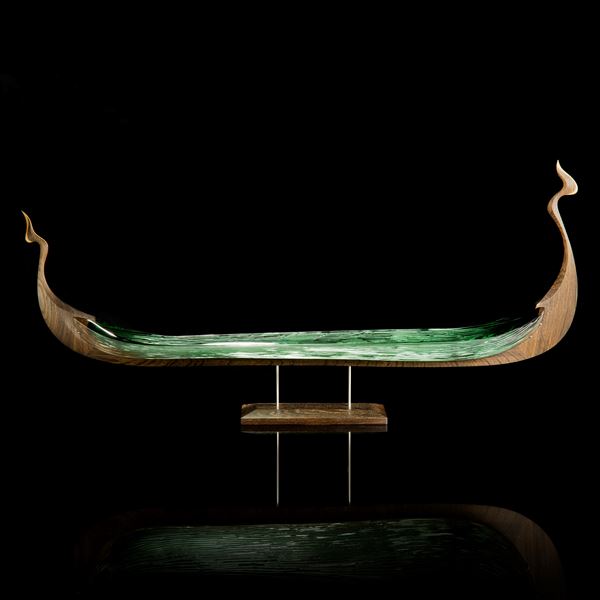 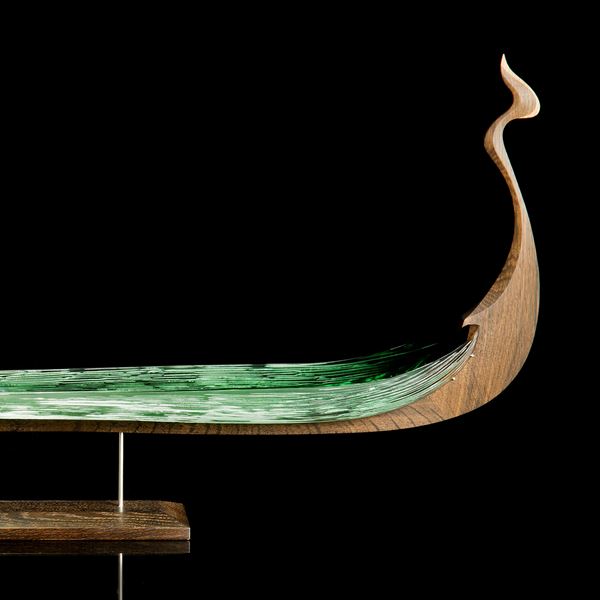 Nornegæst from the Glasskibe Collection
He is an old wanderer who, as a guest, entertains the king’s men. By his cradle, the three Norns had allotted him a glorious life, but one of them remarked that his life would come to an end when the lit candle by his cradle would burn down. The candle was thus immediately put out, and he carried it with him his whole life. Full of days, he one day lits the candle and dies as it burns down. He was 300 years old.
The Danish town of Hundested is steeped in maritime history and richly from the Viking Age. It is the majestic imagery of the Viking ships passing that has inspired two of the harbour’s contemporary craft companies; cabinetmakers Egeværk and glass artists Backhaus & Brown. These two award-winning workshops have combined their masterful crafts in an innovative collaboration; namely a series of sculptures named "Glasskibe" – Viking ships in hand blown glass and carved oak. 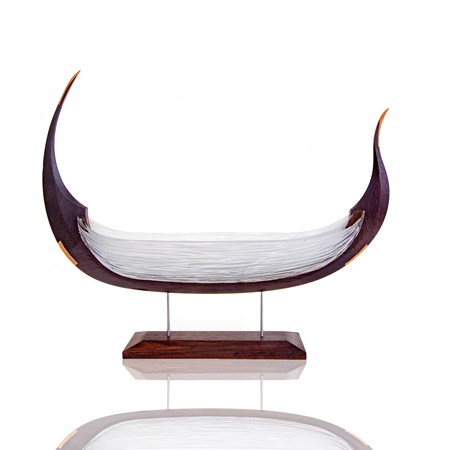 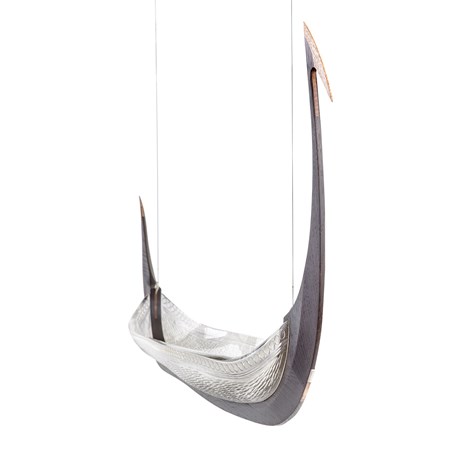 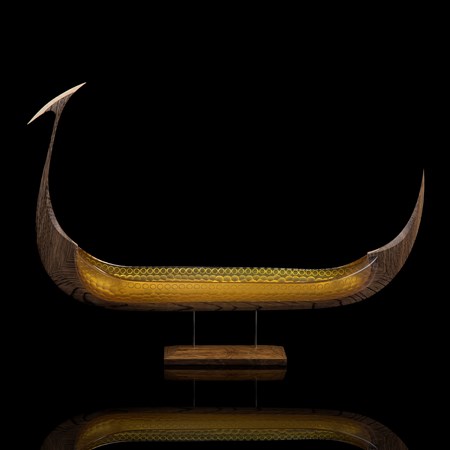 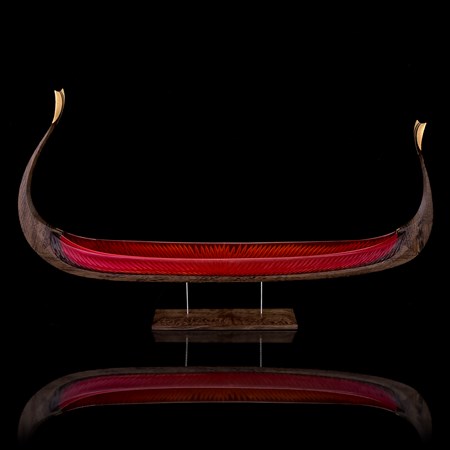 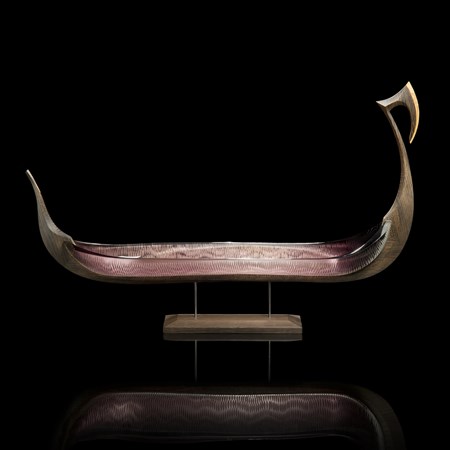 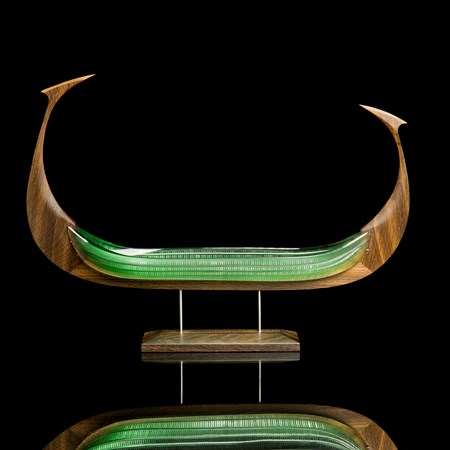 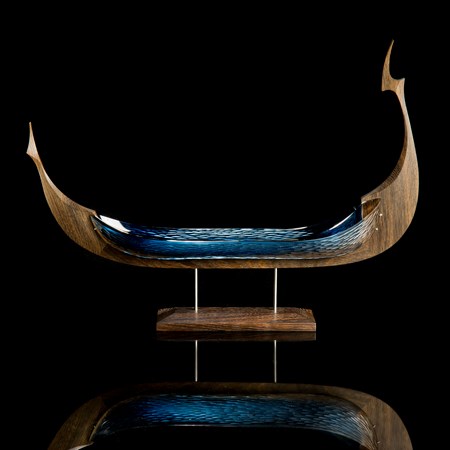 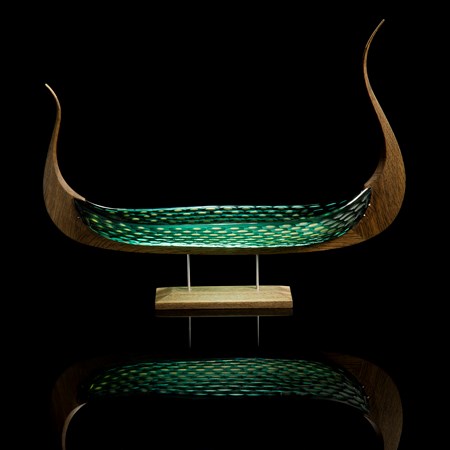