Samantha Donaldson is a contemporary glass artist specialising in hot and cold glass techniques. Having graduated from De Montfort University in 2009 with a First Class BA Honours Degree in Design Crafts, continuing her time at De Montford as an artist in residency, Donaldson went on to study her Masters at the Royal College of Art in 2012.

Throughout her studies, initially experimenting with other materials, Donaldson was continually drawn back into the glass workshops, resulting in a deep fascination with glass, the beginning of her artistic exploration and long term commitment to her chosen material.

Having initially developed a body of one-off sculptural free blown glass forms, realising the potential of using glass in an expressive and imaginative way, Donaldson continued to sculpt her glass to create mesmerising pieces, exploiting the hot blown glass to create layers of colours, which are then revealed through extensive cutting and polishing.

Inspired by the internal structures of naturally occurring geodes, it was during these investigations that Donaldson created a series of work influenced by the exploration of the 'vug', which is the internal space within a geode. A continuous theme to her work, the aim being to draw the viewer into the internal movement of each unique piece.

Donaldson won the The Design Trust award at MADE London in 2013 and was the Silver winner of the Craft & Design Magazine selected makers award in 2012. She was the recipient of The Pilkington Bursary award whilst at the RCA in 2011 and received The Albert Christopherson Collection award, De Montfort University, in 2009.

In her own words;

“An ongoing personal fascination is the ever changing perceptions between the viewer and a curiously unfamiliar object - of desire - placed before them, a moment of discovery often experienced with natural specimens.

Rock collections fascinate me. Whilst studying minerals like agate, which form under intense pressure and heat, I became intrigued by the way that such multi-layered and multi-coloured order forms out of such chaos. By direct association, I am also interested in ‘Lapidaries’, the skilled professional craftsmen who cut precious stones to obtain the best optical effect for each one. I realised I could explore a comparative thrill to that of slicing through rocks, by using cutting and polishing techniques to transform blown glass forms, revealing an inner world, a frozen moment in time, creating stunning optical effects refracting light and movement.

Inspired specifically by ‘Stratigraphy’, the study of geological layering and formations, where one layer is separated from the next by a clear interval or change in texture, colour, or mineralogy, I make direct reference to this by overlapping transparent layers of glass, blurring the lines between nature and fantasy. Created with a truly celebratory use of colour, these organic and futuristic, yet elegantly curious sculptures, make depth seem limitless” 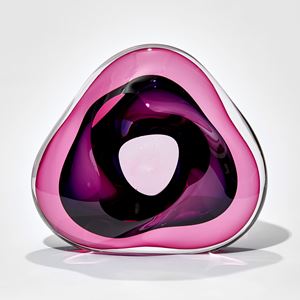 Vug in Fuchsia and Purple 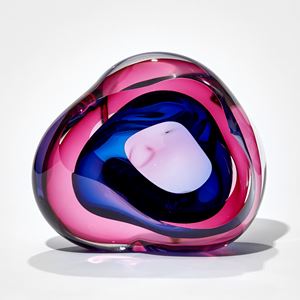 Vug in Fuchsia and Blue 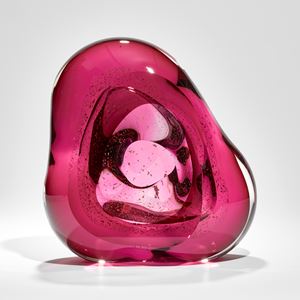 Oro Vug in Fuchsia I 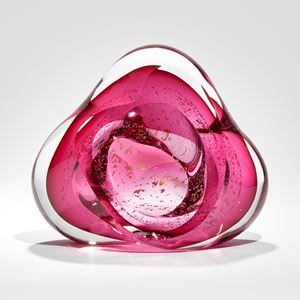 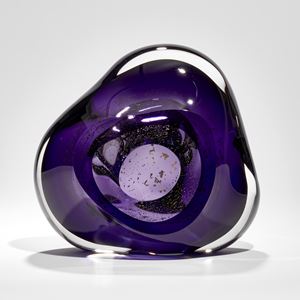 Oro Vug in Purple I 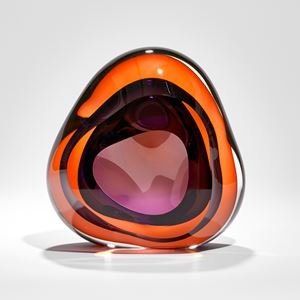 Vug in Orange and Purple 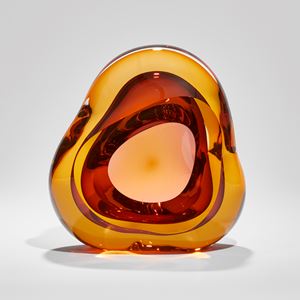 Vug in Gold and Fuchsia 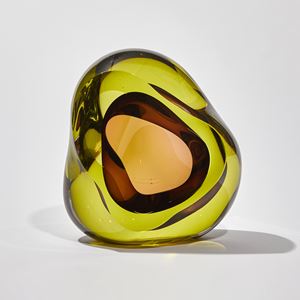 Vug in Turquoise and Purple II 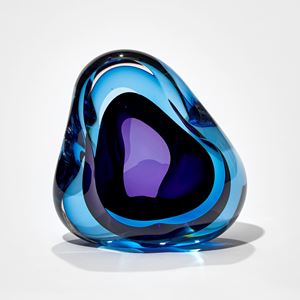 Vug in Turquoise and Purple 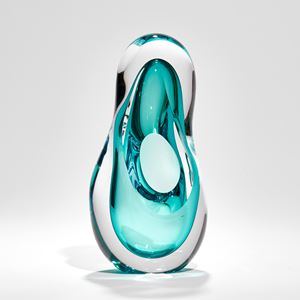 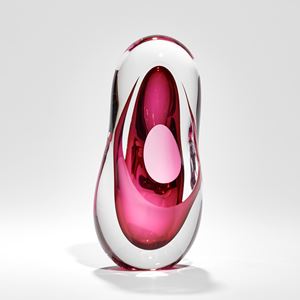 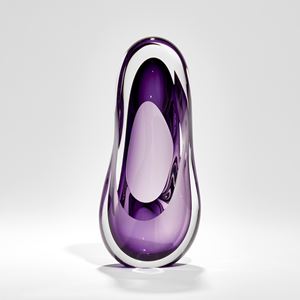 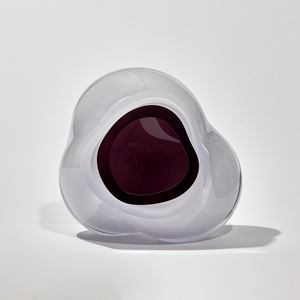 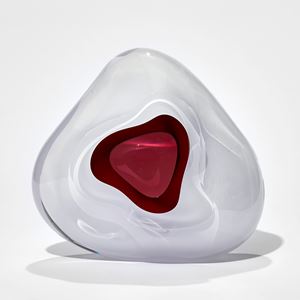 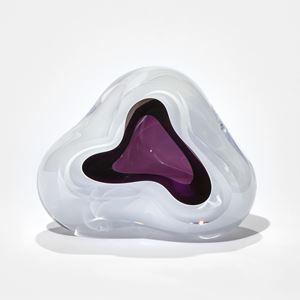 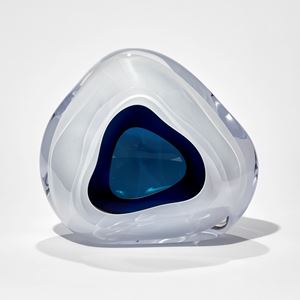 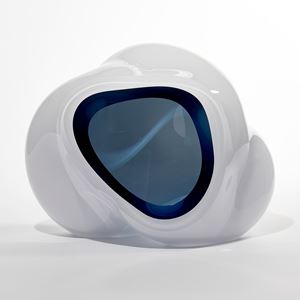 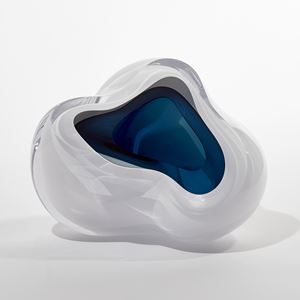 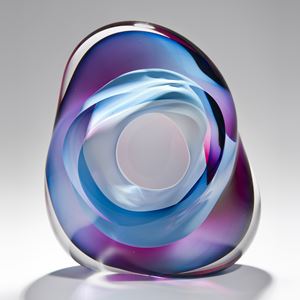 Chromatic Vug in Turquoise and Pink 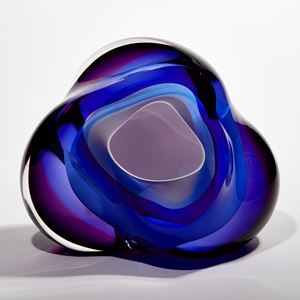