Layne Rowe’s journey with glass began during his degree course in 3D design at the University of Central Lancashire. During the following seven years he worked alongside a number of glassmakers at the London Glass Blowing hot shop, enhancing and fine tuning his skills before moving to Brazil. During this time Rowe set up his own glass studio but also experienced a different working environment alongside industrial glassmakers.

On returning to the UK with an initial set-up in Hertfordshire, he rejoined London Glassblowing, where he has worked on and off from 2005 to the present day. Currently Rowe now makes his work at a number of studios all over the UK and also produces Peter Layton’s work.

Rowe’s inspiration is drawn from the dramatic Devon coast line which informs his love for detail, a constant theme for his ever evolving creations. The Woven series in particular is the result of intricate layers of varied coloured canes which are manipulated to follow and twist around the form of the piece, creating movement. These are then cold cut to reveal the vibrant colours hidden beneath the surface.

In his own words;

“The affect is like water over precious stones or the rock with its glimmering colours beneath reflecting natural growth and corrosion. I enjoy observing people’s reactions to my work, everything is up for interpretation, as my work is diverse, complex and sometimes subversive. It invites you to look again and again. My introduction to hot glass gave me an insatiable desire to explore this medium to its limits. I find glass an inspiration in itself but have found inspiration from the natural world and its issues”

Rowe’s work has been widely exhibited in the UK and worldwide, alongside such names as Grayson Perry, Alexander McQueen and Lino Tagliapietra. He has shown at the V&A, toured with the Crafts Council and is a regular artist at the prestigious annual crafts show Collect. Recent highlights include winning the Bavarian state prize (2015) in Munich and being invited to create works for the highly acclaimed Abeltoft Glass museum and their recent “Ornament” exhibition. 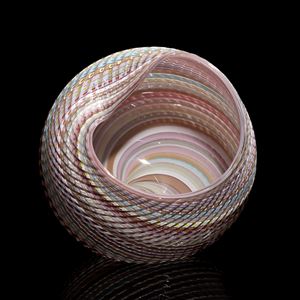 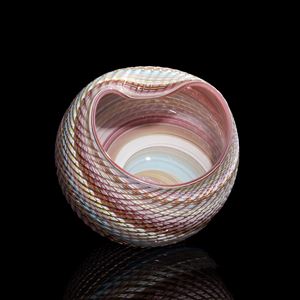 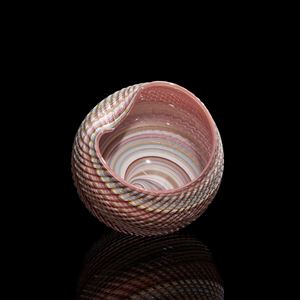 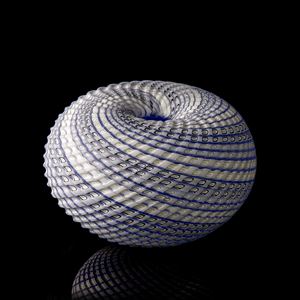 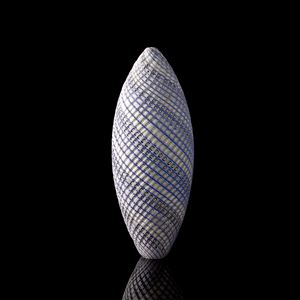 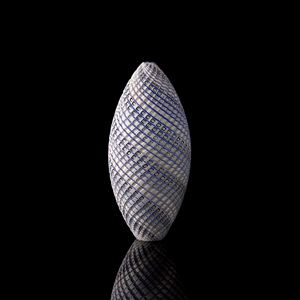 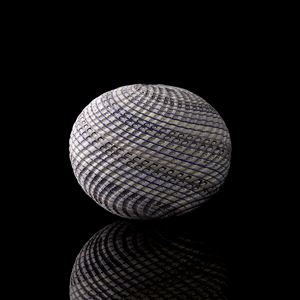 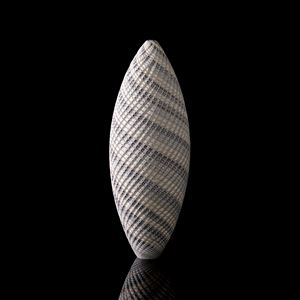 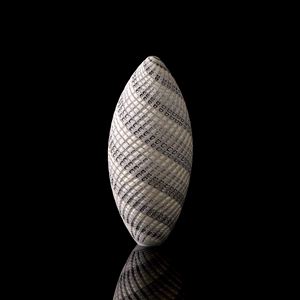 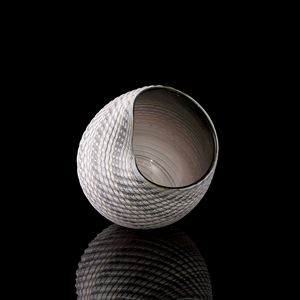 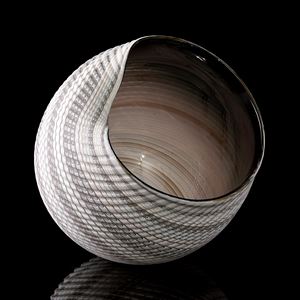 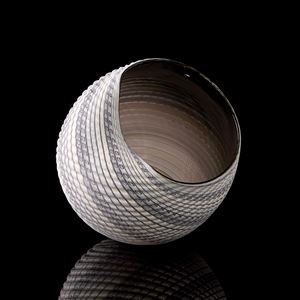