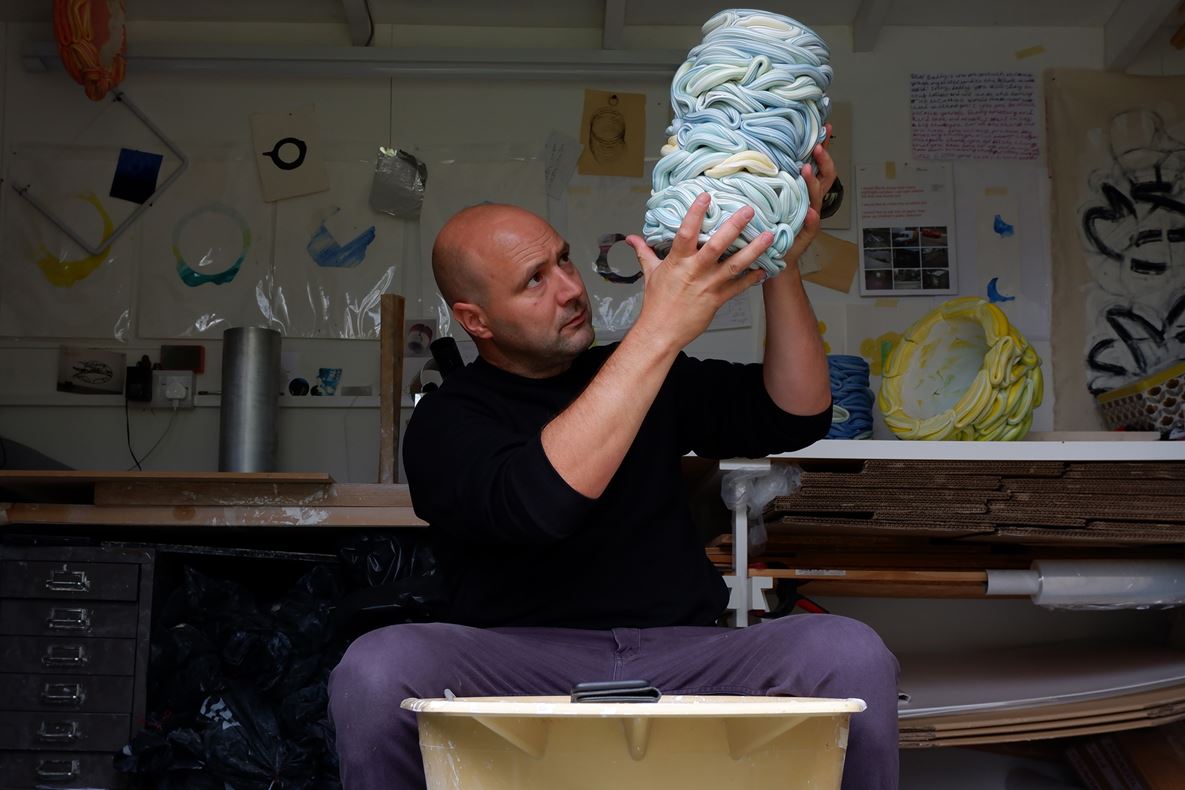 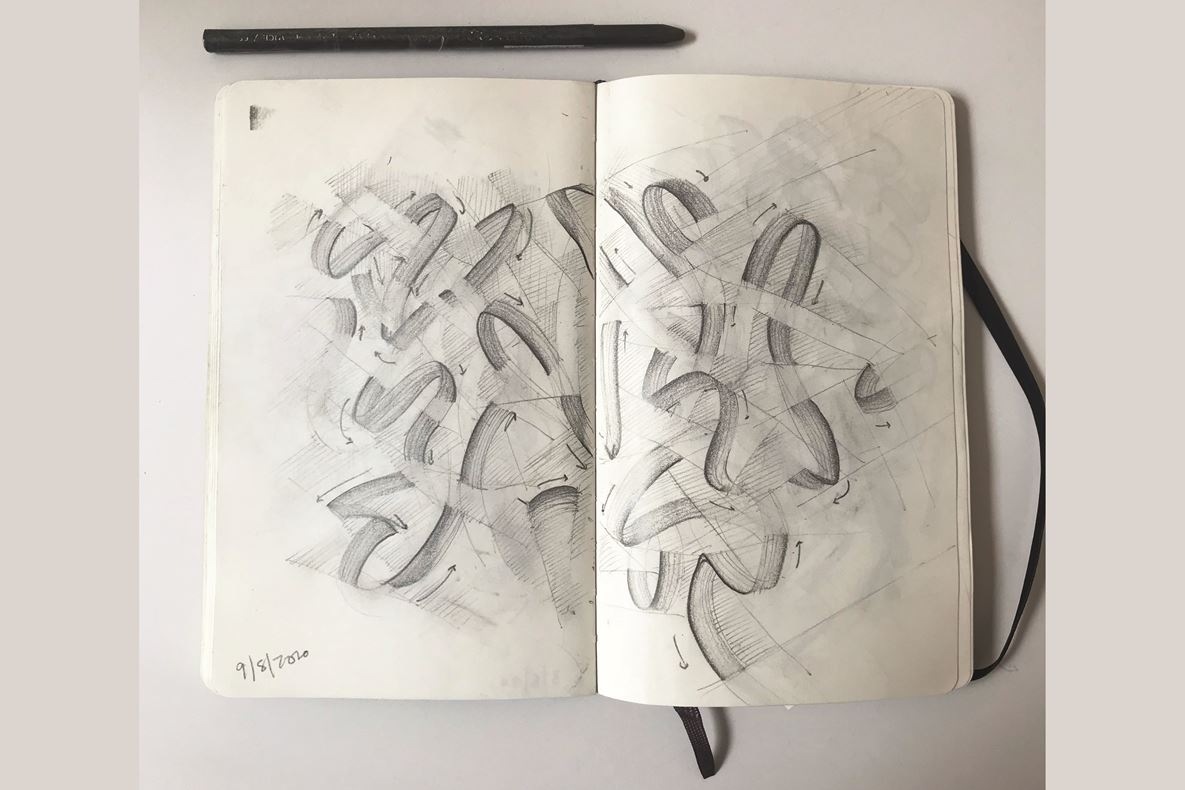 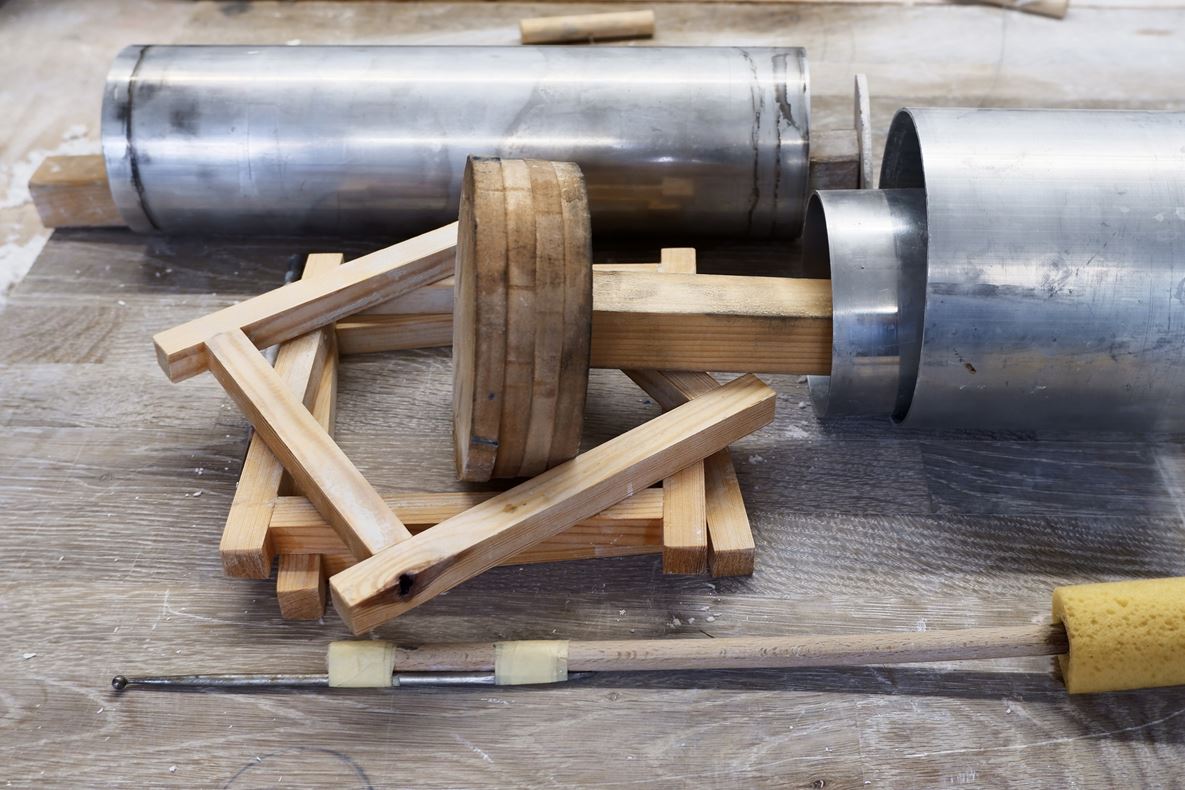 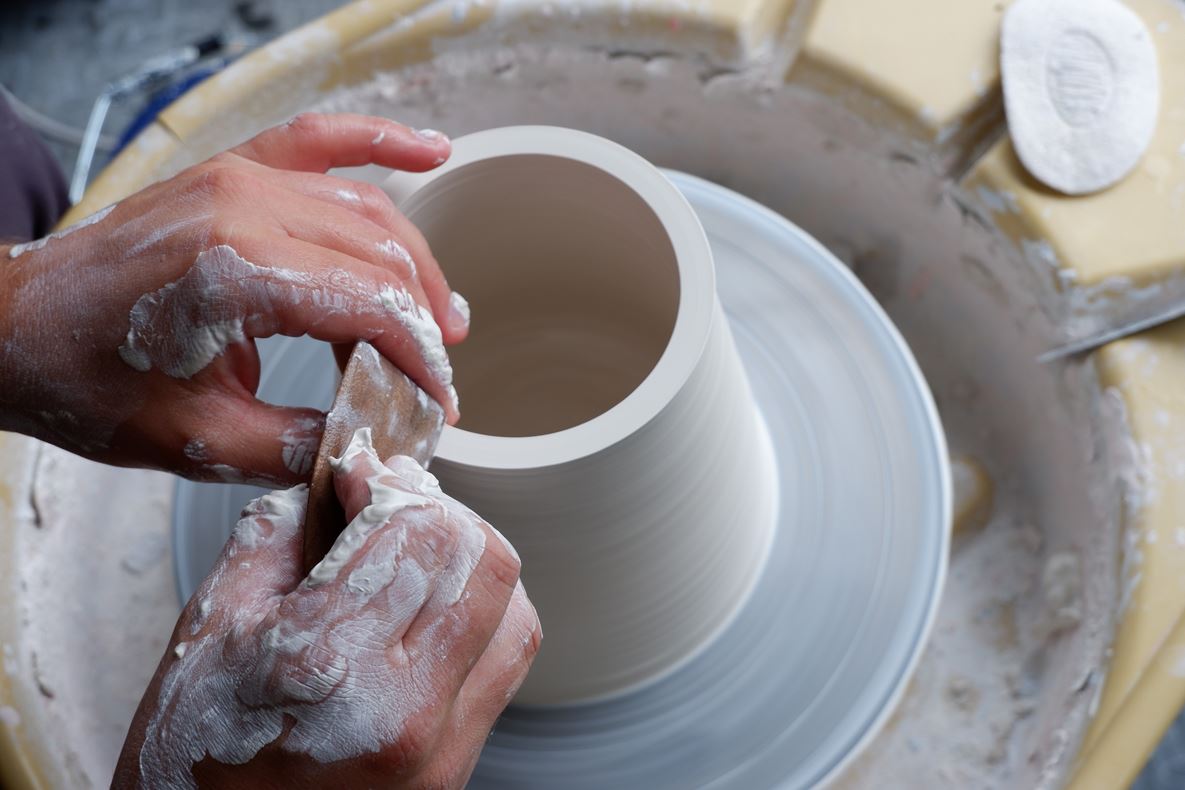 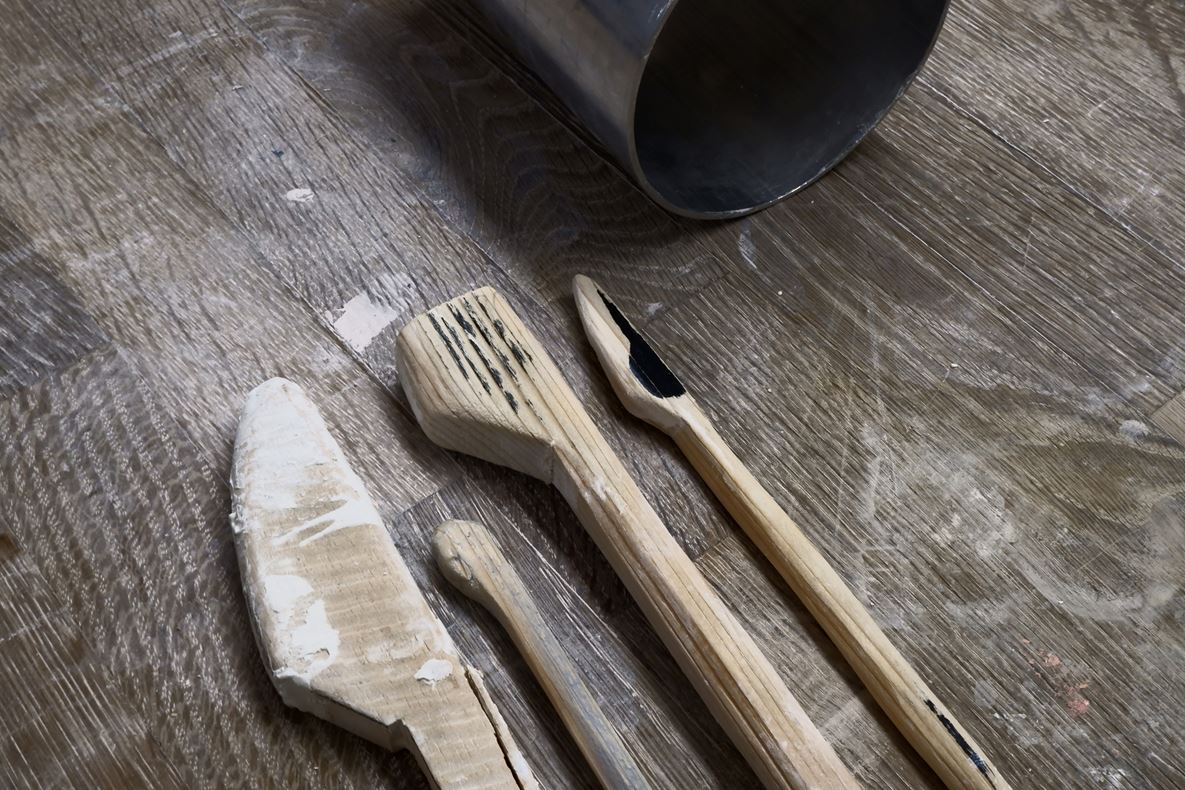 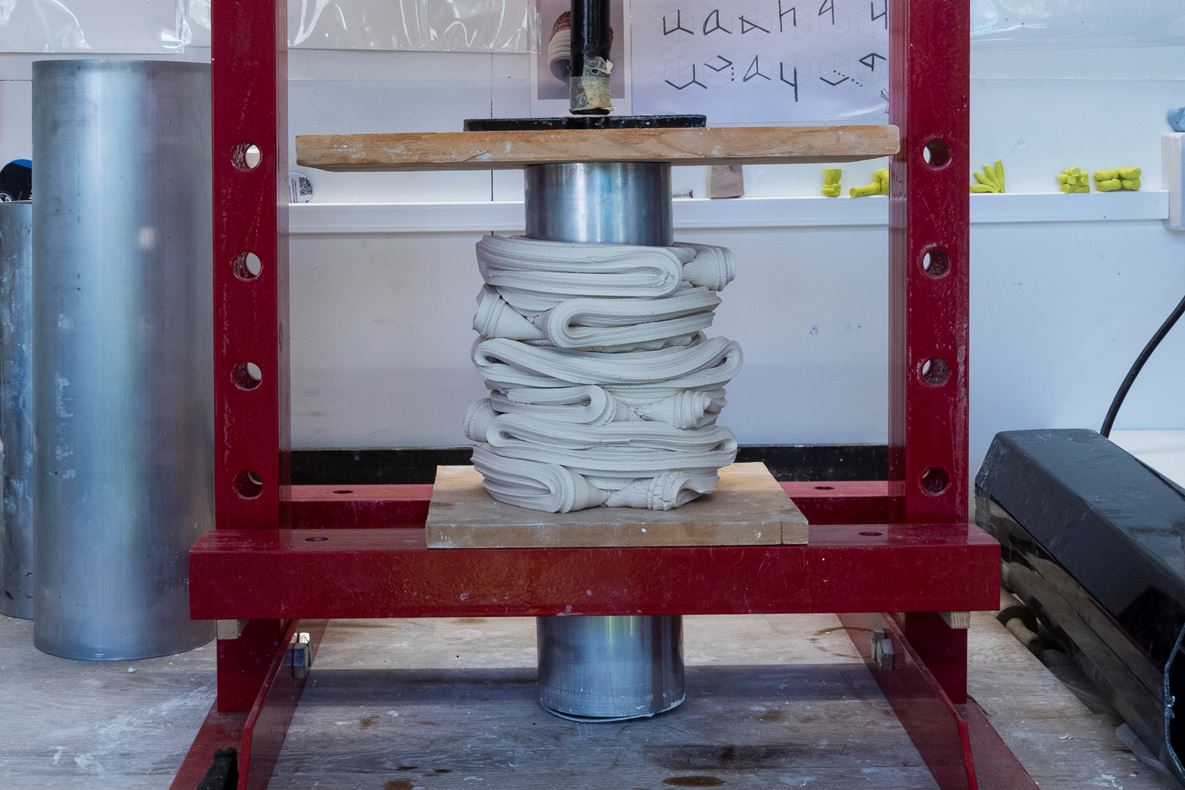 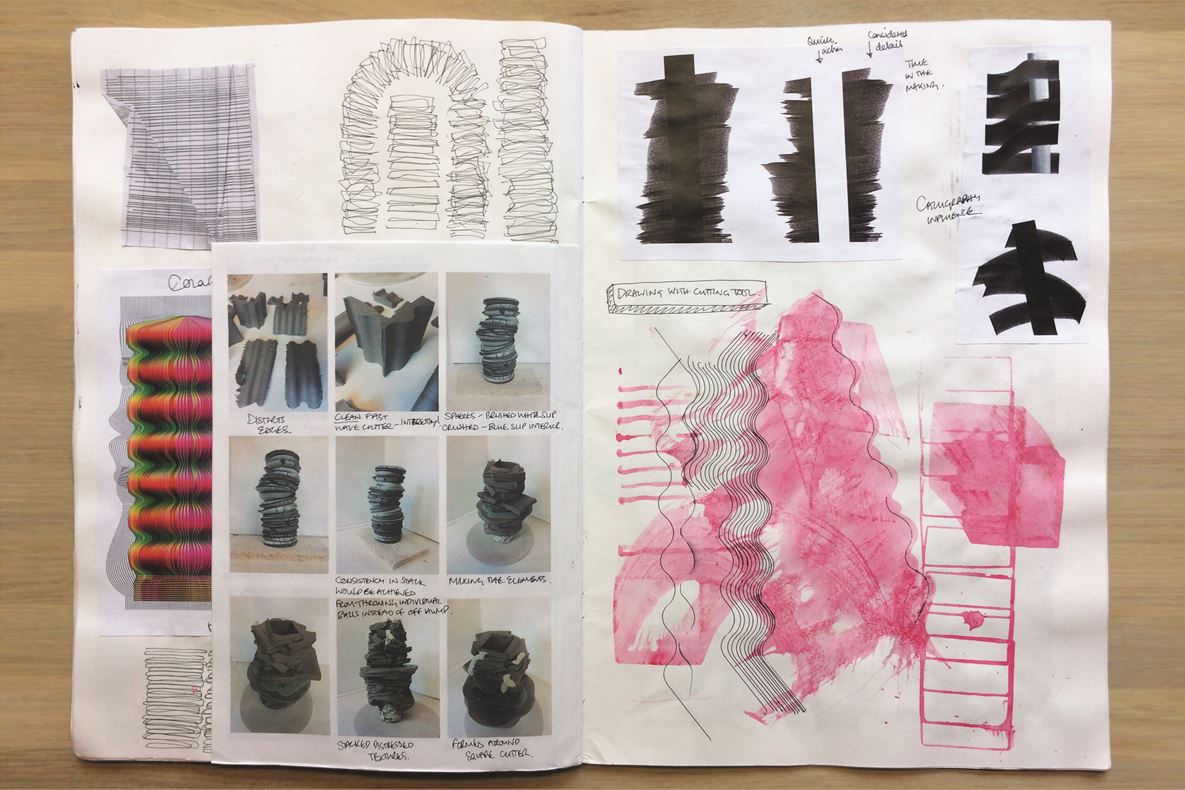 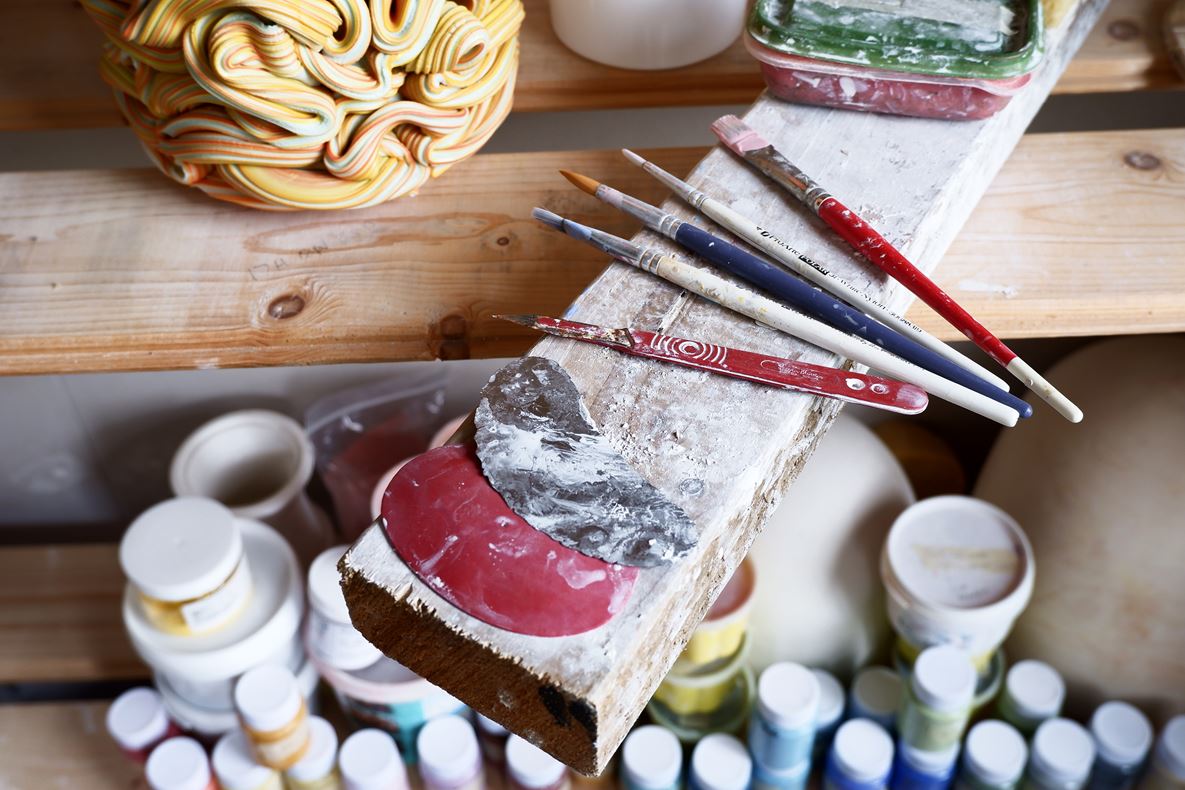 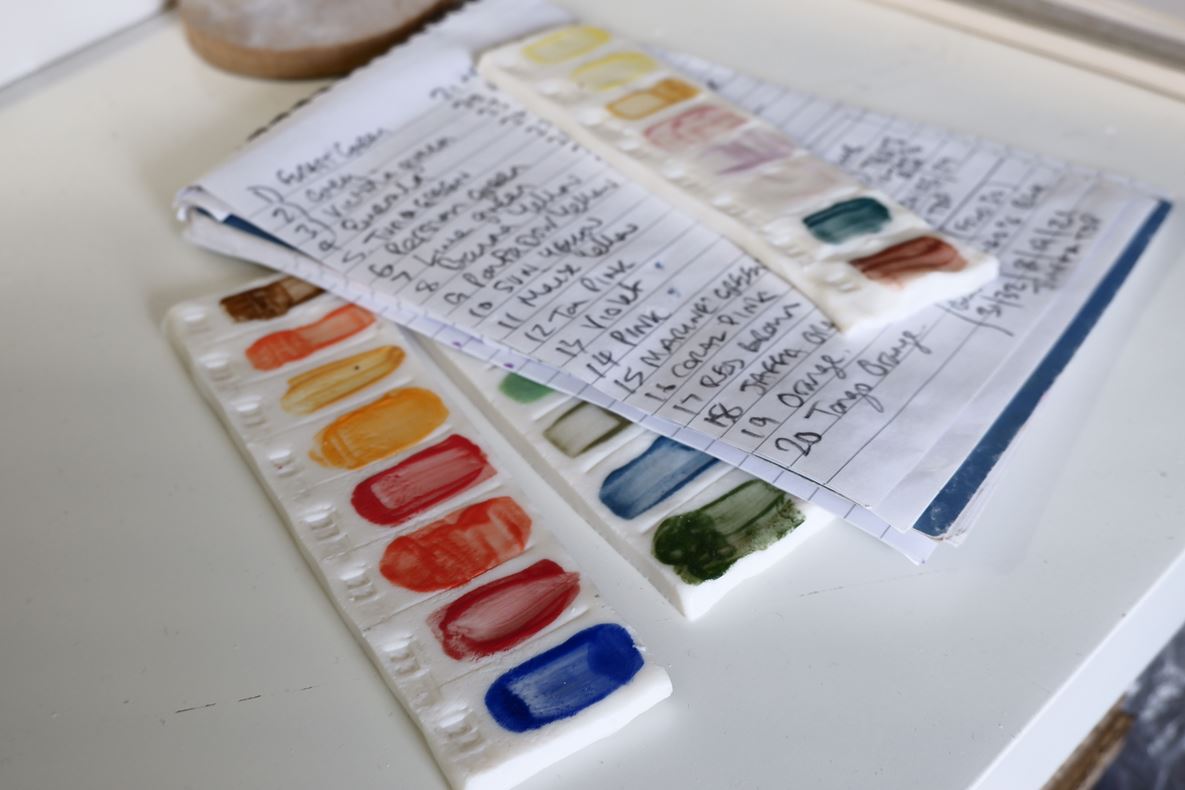 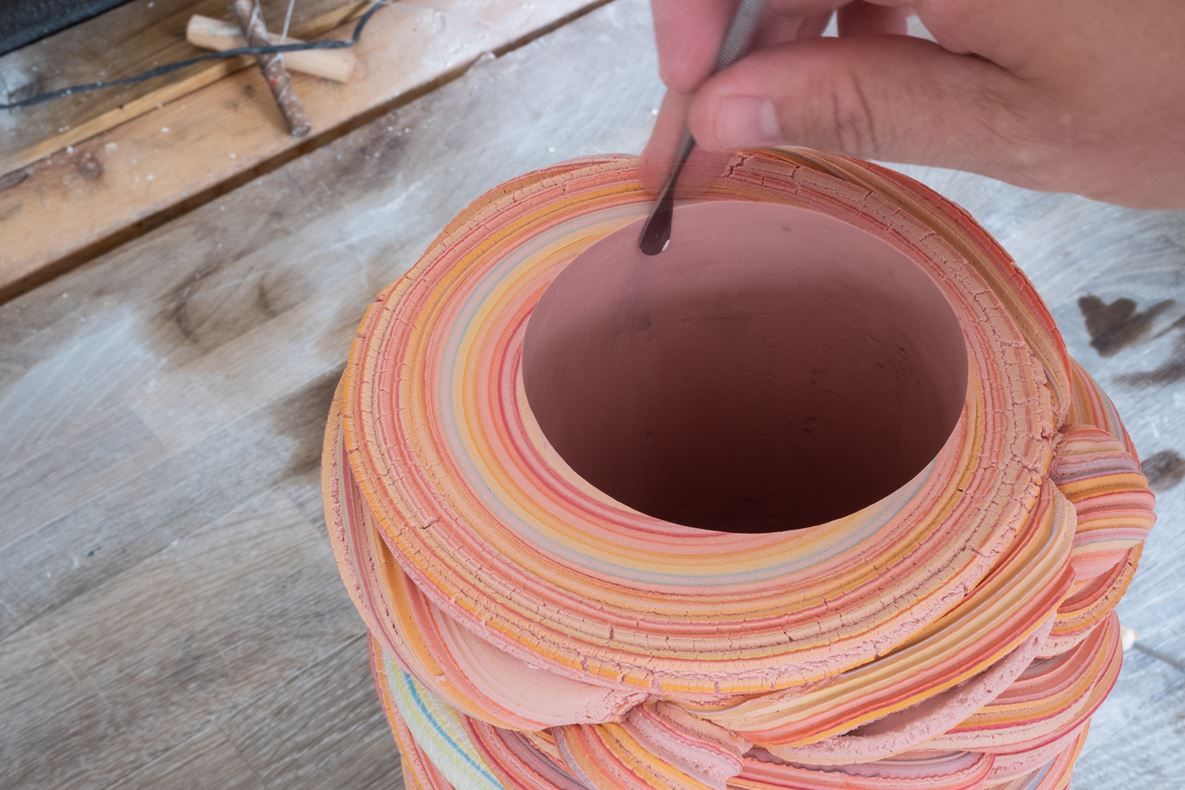 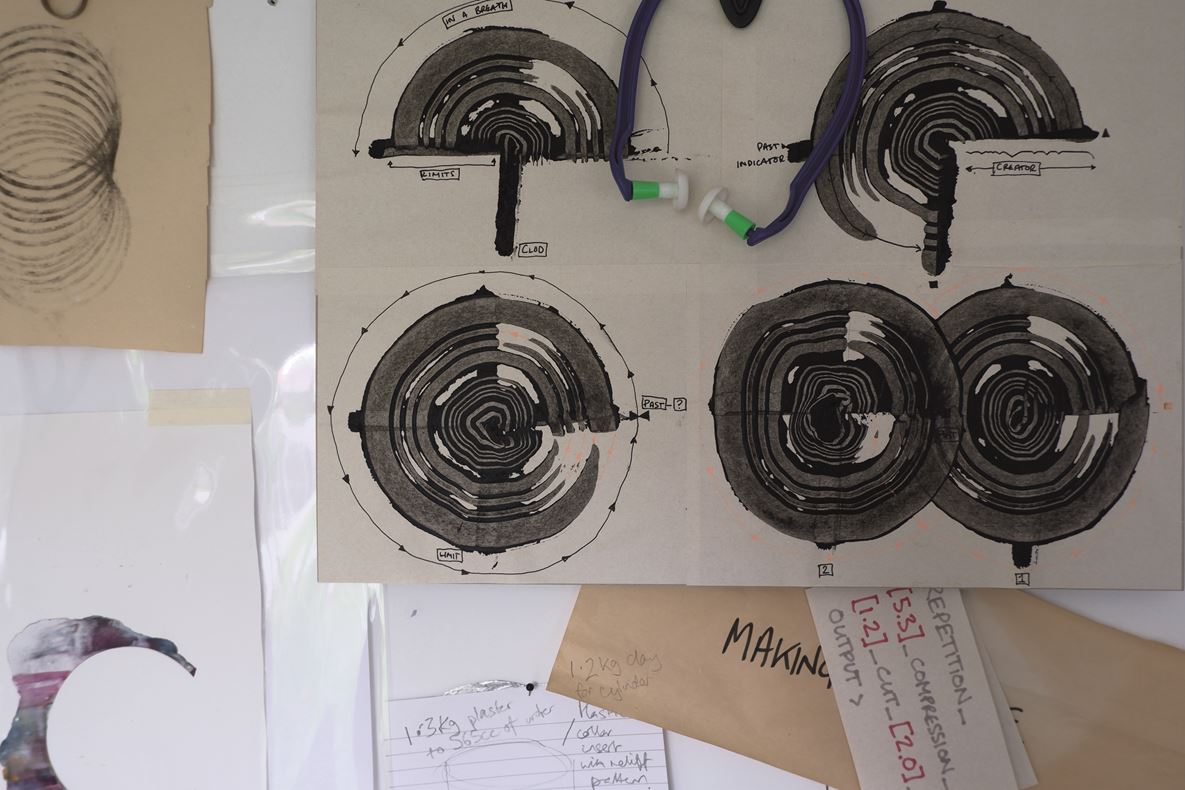 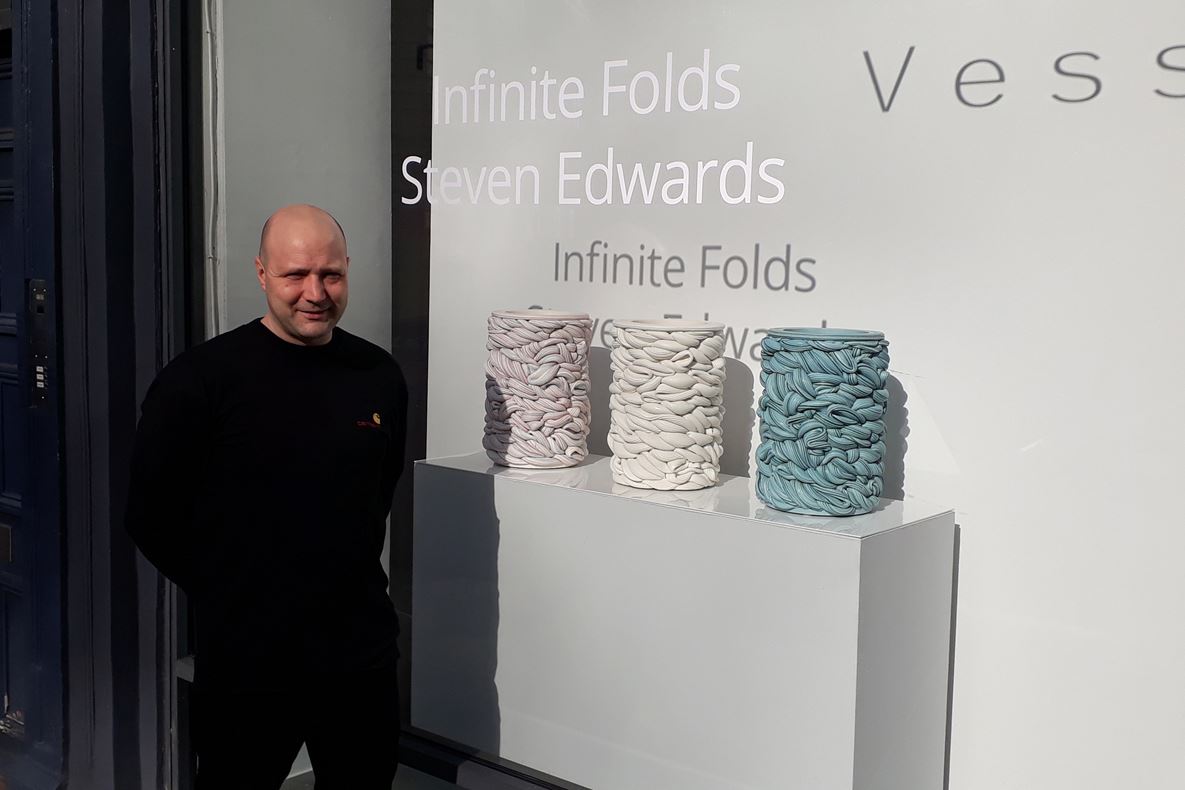 Edwards is a ceramic artist whose work investigates the language of making through the materiality and physicality of clay. Fascinated by process-led making, he uses traditional techniques that provoke unanticipated outcomes, using clay as a medium that sustains the narrative of the making process. The resulting forms embody his interaction and manipulation of the clay using bespoke tools to explore the intrinsic properties of the material.

His creative practice starts by purposely placing clay under stress to reveal the natural tension and movement in its surface and form. Throughout the whole making process, he pushes, pulls, compresses and slices the material to provoke a reaction. The final forms are a combination of these making scenarios, translating a theme of duality in their appearance – the contrast of visual distortion and precision, the stillness and movement in form and the surface deception between synthetic and natural.

Initially discovering ceramics at the Royal Forest of Dean College, Edwards went on to study Applied Arts at the University of Derby and Graphic Design at Sheffield College. The latter gained him a distinction and a highly successful graphics career, however the allure of clay remained too strong and Edwards completed his MA in ceramics in 2018 at the University of Creative Arts, Farnham.

Edwards has exhibited his work at premiere contemporary design and craft shows including British Ceramics Biennial, London Craft Week, London Design Festival and Paris Design Week. He has also made large-scale outdoor installations, including From Humble Beginnings as part of the Surrey Unearthed Arts Council funded project at the Watts Gallery.
Exhibition Catalogue 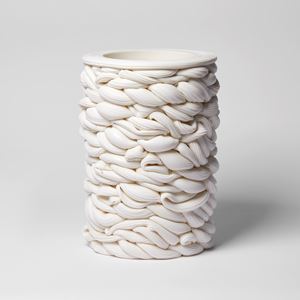 Achromatic Fold in White I 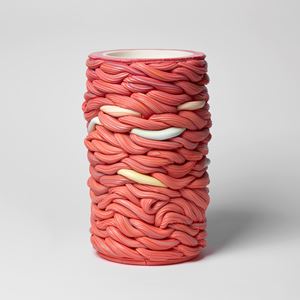 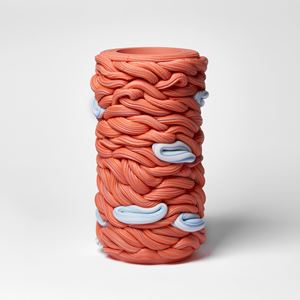 Striped Fold with inclusions I 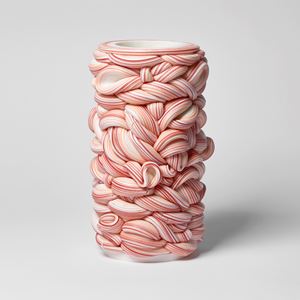 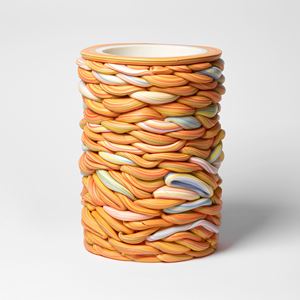 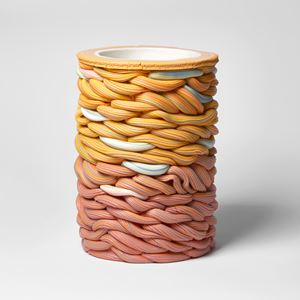 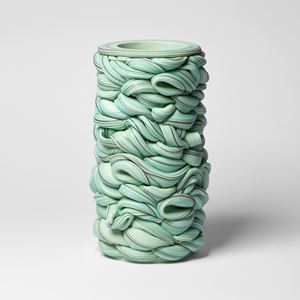 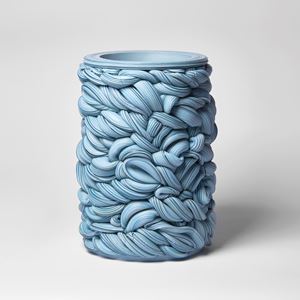 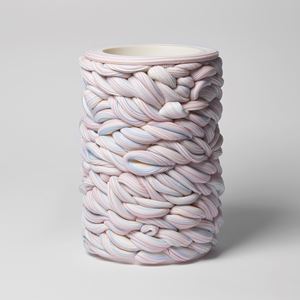 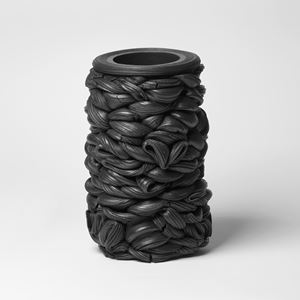 Achromatic Fold in Black I