‘Cameo Series’, by Sarah Wiberley, was inspired by investigating the ornament & traditions of English 19th century cameo glass. The imagery follows the familiar motif of the bird as it escapes from its 19th century scenery and explores new surroundings. The decorative floral motifs, inspired by original cameo designs, have been infiltrated by a modern aesthetic. 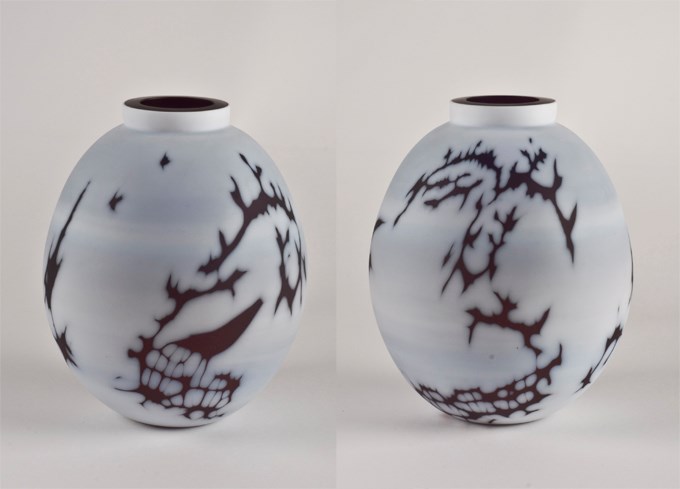 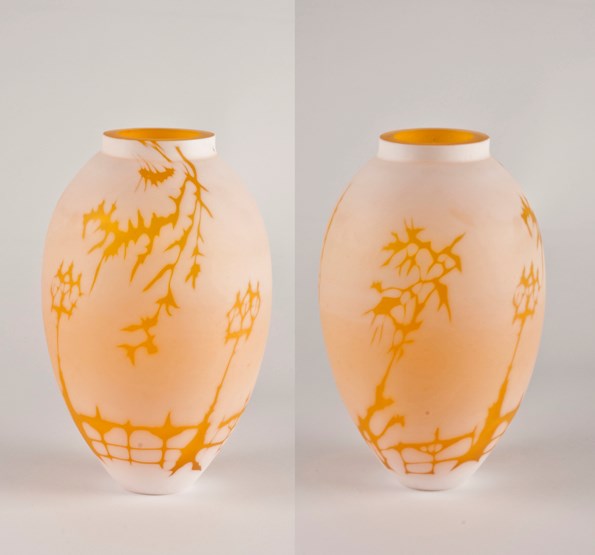 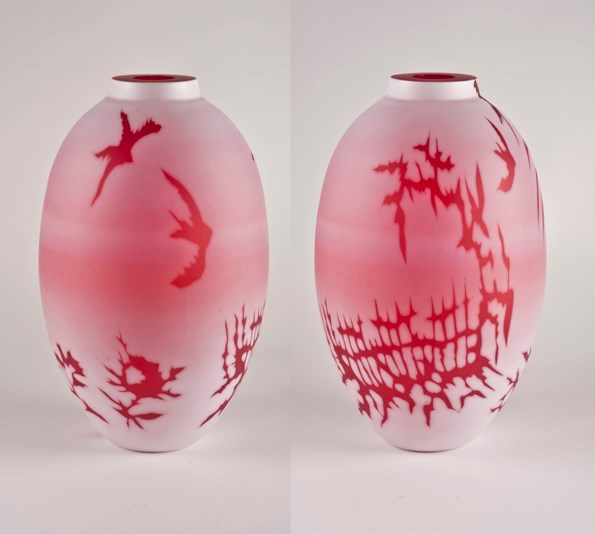 ‘Decoration and ornament have long been disregarded and seen as superfluous to function. Downgraded from a definition of luxury, ornament is often treated with suspicion, it’s intention to deceive. Adverse to this view, ornament is also a strong and effective conveyor of history, tradition, and culture’

By bringing contemporary style to the traditions of glassblowing used in the making of her hand made vessels, Wiberley introduces a fresh approach to the concept of embellishment, decoration and ornament.

Please contact us for information of the pieces currently available.