Vessel Gallery presents Amphore Métaphore, the second instalment and selected edit of the prestigious solo exhibition by Philip Baldwin (b. 1947, New York) and Monica Guggisberg (b. 1955, Bern, Switzerland) who are among the foremost international artists working in glass.

For its reopening to the public in 2022, perfectly coinciding with the United Nations’ Year of Glass, the new Musée du Verre de Conches invited the artists to exhibit, giving them creative carte blanche, for the museum’s inaugural exhibition. Their response, was to examine the ancestral significance of the ‘amphora’.

The resulting nine installations created explore the artists' ongoing fascination with this humble object and its history. Each reveal not just Baldwin & Guggisberg’s sense of awe at the vessel's beauty – together with its perfect marriage of form and function – but also a provenance far more ancient than they had previously imagined. Their journey takes us back an astonishing 20,000 years, during which they asked us to reflect on the fact that this simple jar with its gentle curves and characteristic pointed bottom, appears to be a form so innate to humans that it recurs again and again across millennia and different cultures, from China to India and Siberia to the Levant. 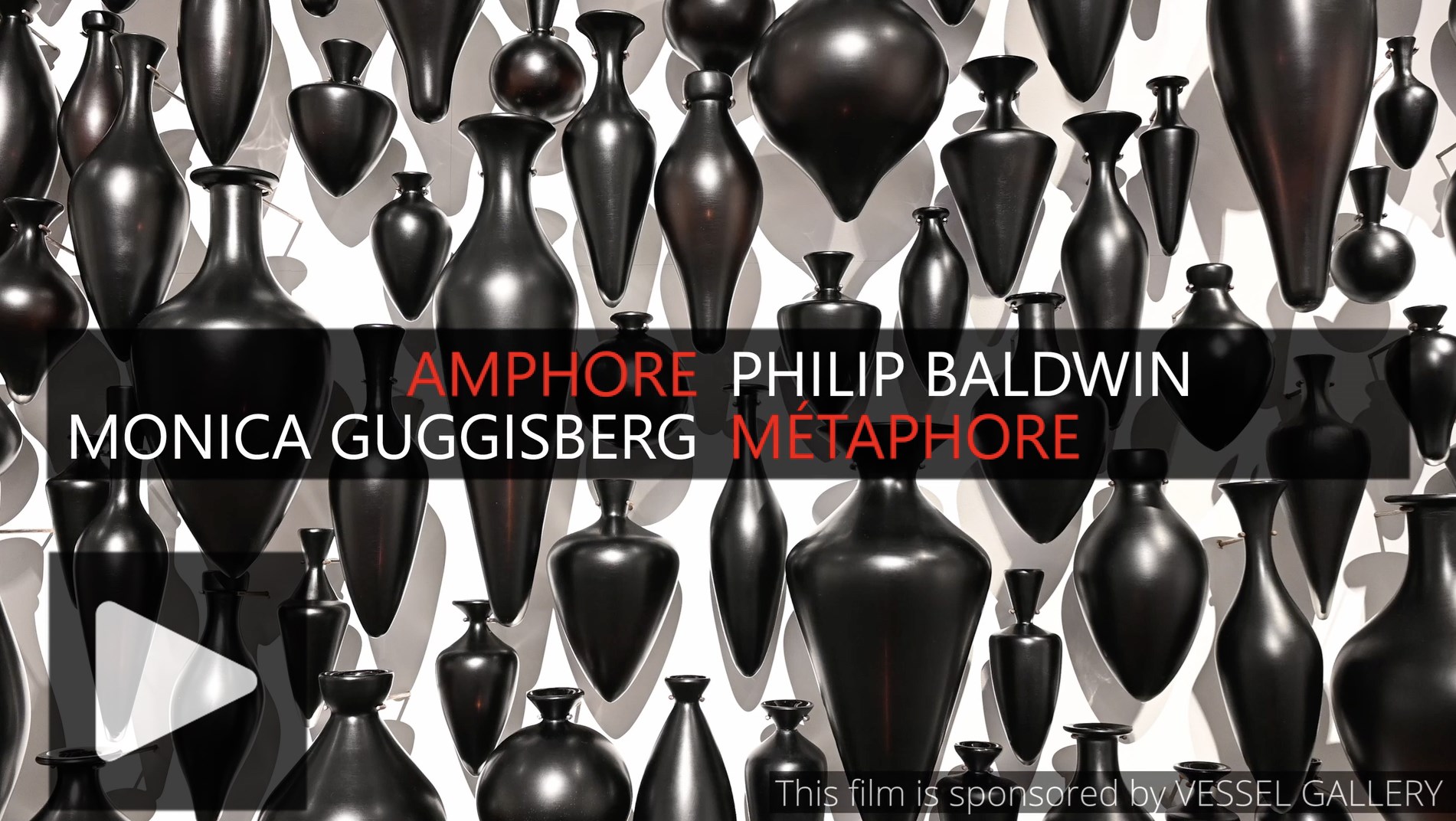 In the artist’s own words:

‘Until we started our research for this show the only amphorae we knew were the iconic ones we find in classical civilizations: Crete, Phoenicia, Greece, Rome. In fact the earliest ones known to date were discovered in Xianrendong cave in China and take us back deep into the last ice age, to c18,900-17,000 BCE. Made by people who were hunter-gatherers, they dispel myths that early peoples did not make pots, and that settled agriculture was the beginning of civilization.

We tend to look at the past as a series of abrupt and isolated innovations, but it’s important to acknowledge that breakthroughs in early societies were based on a collective body of knowledge accumulated and shared over hundreds and thousands of years.

We are today a culture of increasingly not knowing nor caring historically speaking, of thinking only of the future. As artists we are highly engaged with history, with trying to make sense of where we come from as individuals and as part of a wider cultural community. Unless we acknowledge what’s gone before how can we go forward? No past? No future. Remembering gives us the freedom to move forward.’

Renowned for their mastery of combining both Battuto (an Italian cold-working technique) and Swedish overlay (layering coloured glass) this striking pairing results in incised surface decorative marks and patterns, revealing the hidden colours beneath. It can’t go unnoticed, that as a joint process, it also echoes the history and research undertaken that informs these artworks.

Highlighting such a timeless but often overlooked constant companion of human evolution prompts much consideration, why should it be that this simple vase and its pointed shape, should inform both our history and, more subtly, our present.

Monica Guggisberg | Still from the film 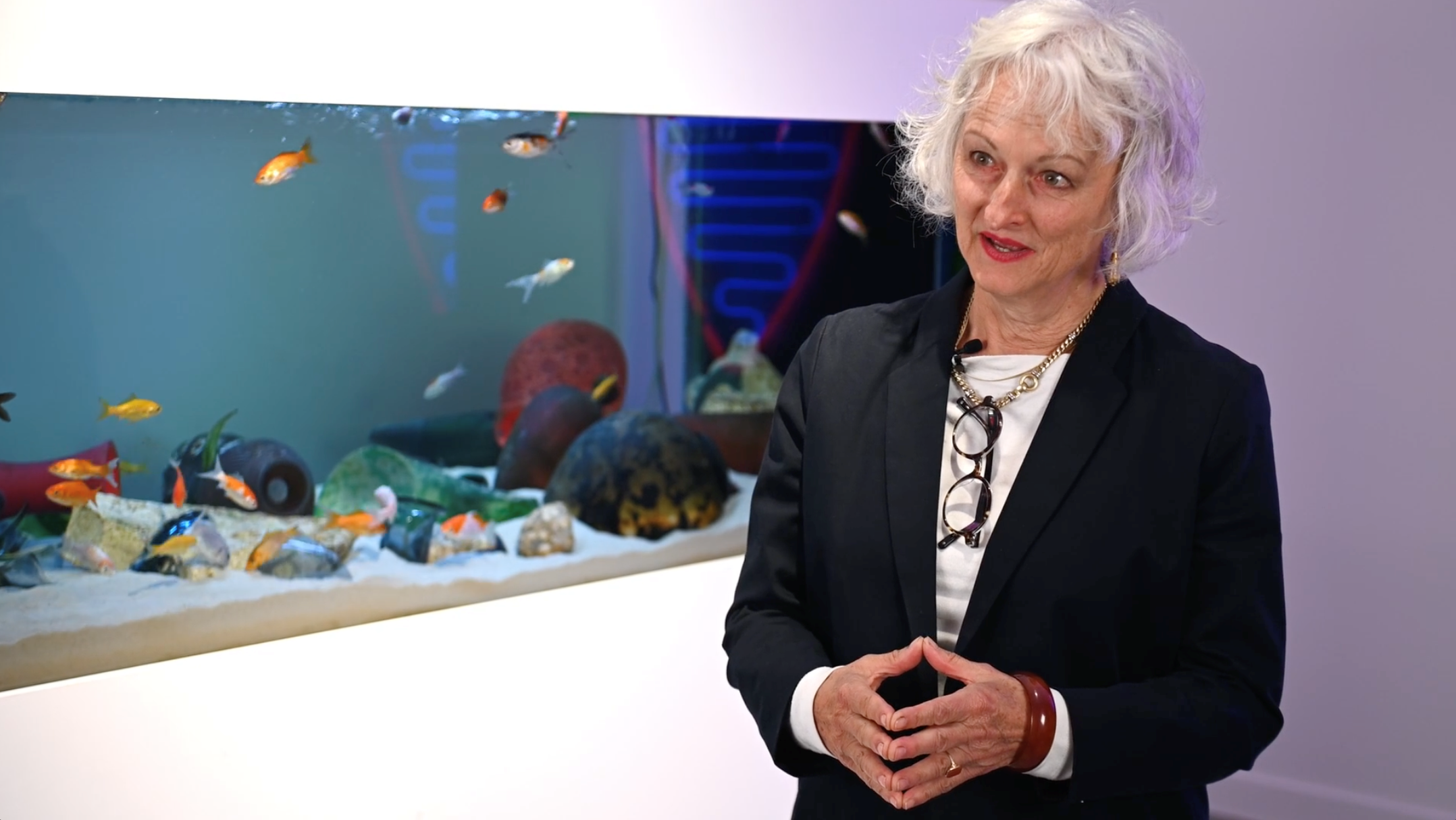 Philip Baldwin | Still from the film 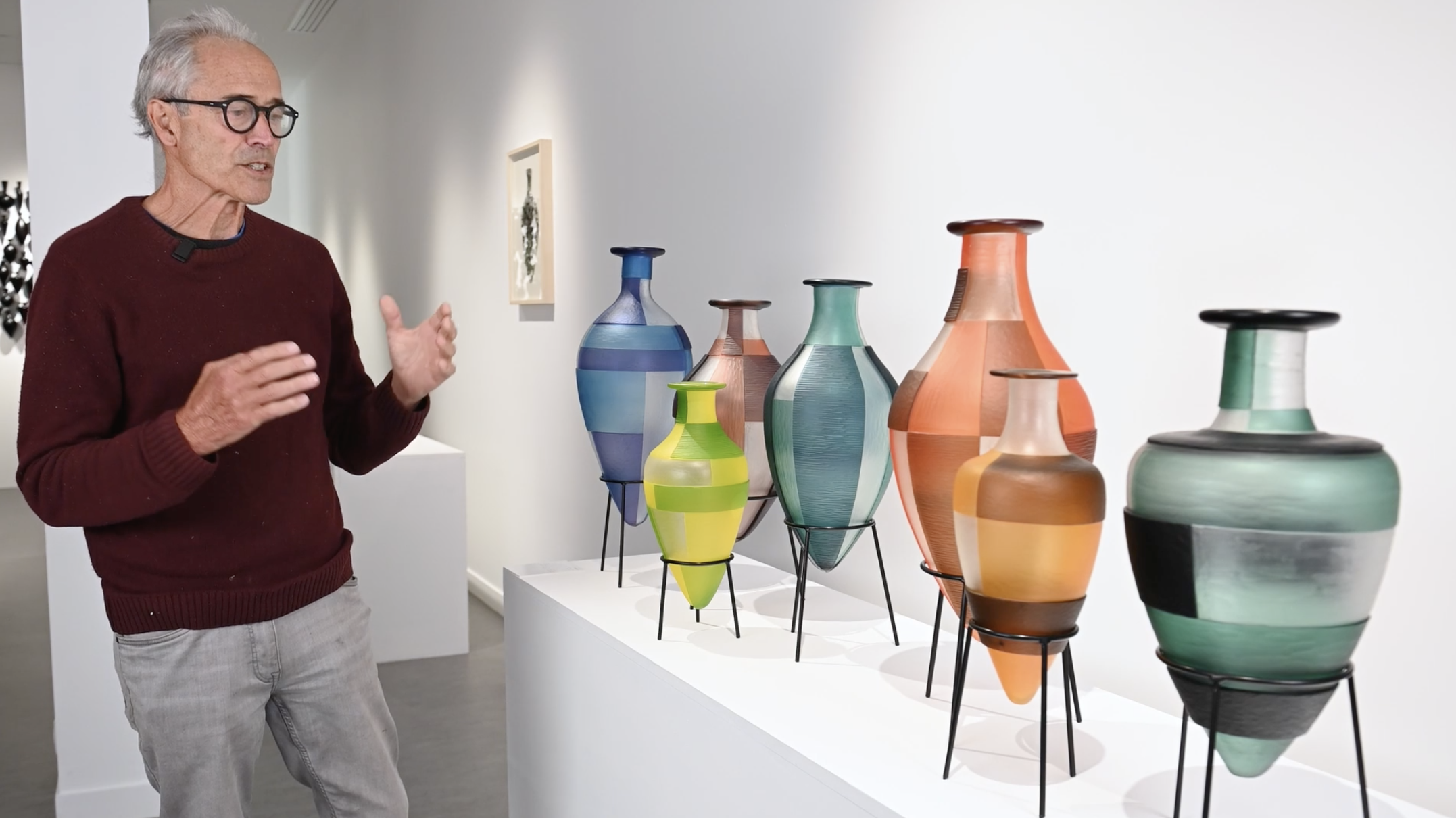 Philip Baldwin (b. 1947, New York) and Monica Guggisberg (b. 1955, Bern, Switzerland) have been working as a team since 1980 and established their first studio two years later in Switzerland, before moving to Paris in 2001. Since 2015 they have been based in rural Wales, enjoying a view over the hills – a third act in a long, nomadic journey. Their work has been shown in numerous solo exhibitions, including at Ebeltoft Glass Museum (Walking in the Void, 2020), Canterbury Cathedral, UK (Under an Equal Sky, 2018), Museum für Angewandte Kunst in Frankfurt, Germany (2012), the Musée Ariana in Geneva, Switzerland (Au-delà du verre, 2011) and Eretz Israel Museum, Tel Aviv (2001).

Their work is installed in public and private spaces throughout Europe and the US, and is represented in collections around the world.