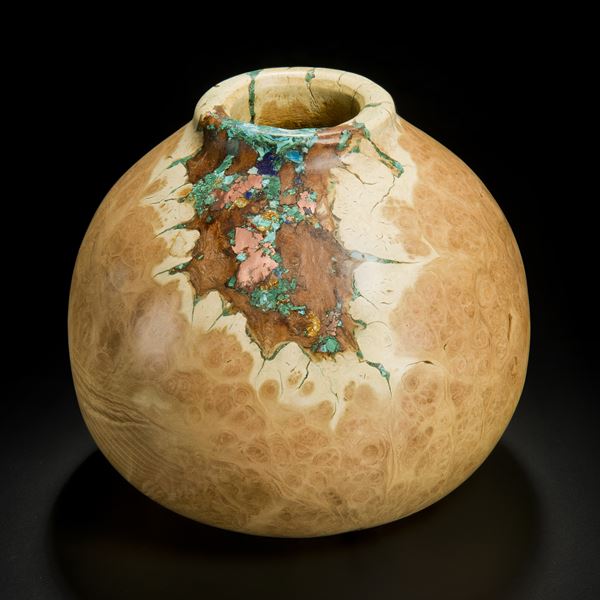 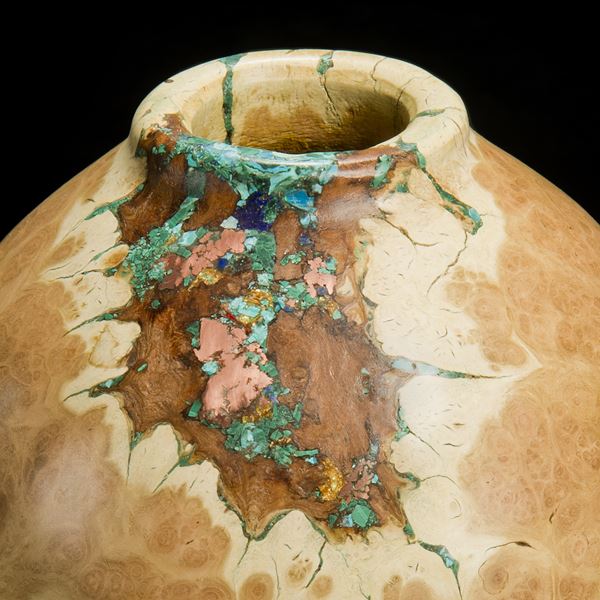 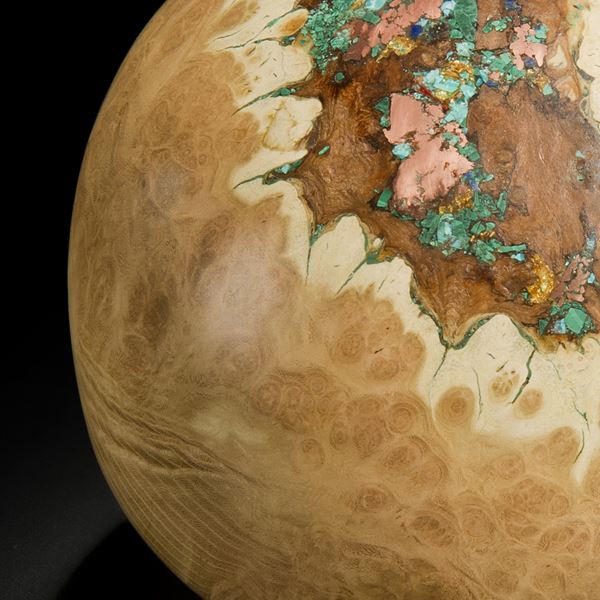 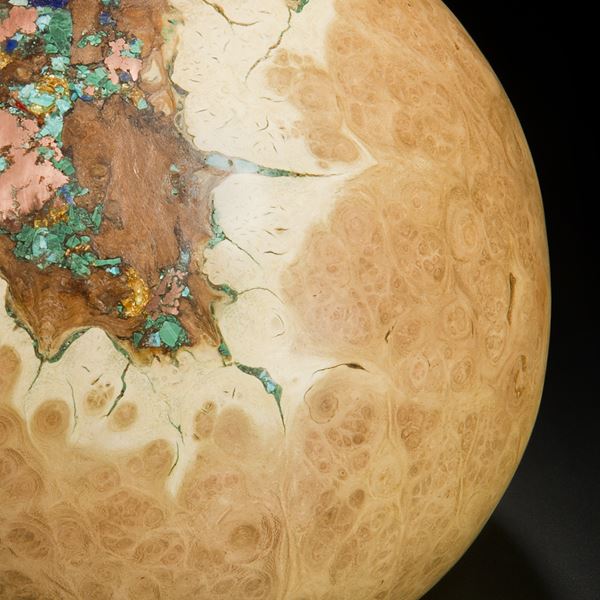 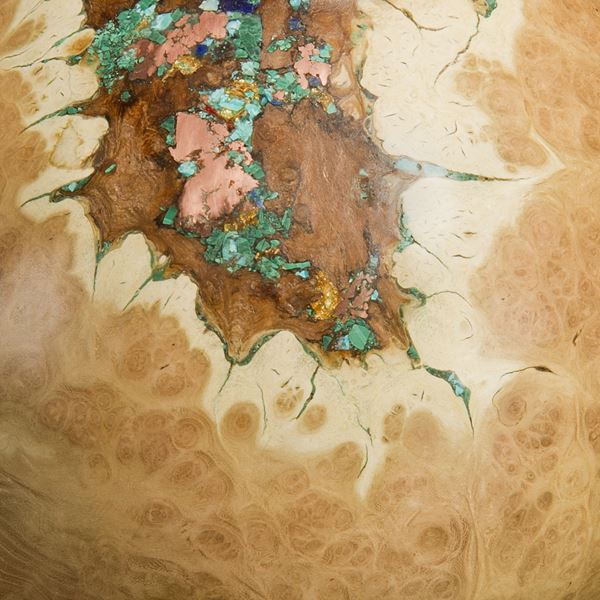 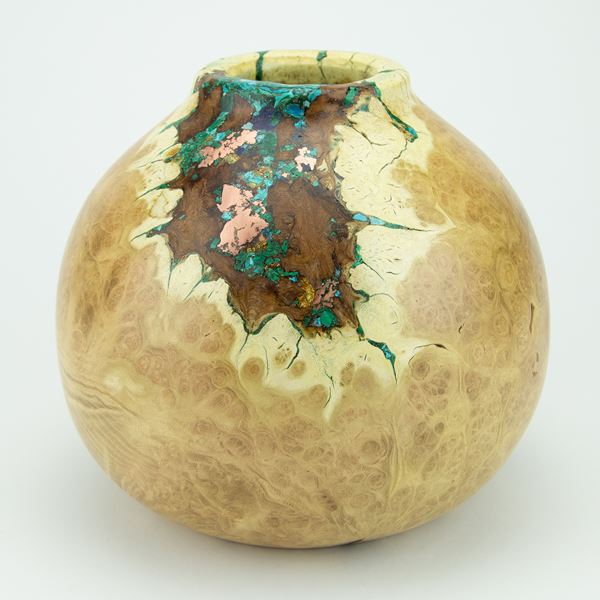 During Thomas’ time as a designer and maker of furniture it was usual practice to mask and hide any blemishes or cracks in the wood, however much like the Japanese art of Kintsugi (where ceramic breakages are repaired with gold and precious metals) Thomas highlights the anomalies in the wood by inlaying them with naturally formed colourful minerals, many taken from his personal collection which he still adds to. Recent visits to the ‘World Famous’ Blue John Mine and also a working Fluorspar mine in Derbyshire has meant new materials for future inlays. With the wood hard to find and unpredictable to turn, the resulting union of the Earth’s natural resources are patiently and skilfully jigsawed together, resulting in truly unique treasure laden art works.

Is his own words:

‘The two mediums I combine both come directly from the Earth. The trees form and grow at the surface whilst the minerals can form at great depth. It is not unknown for some trees to have accumulated pieces of crystals in their roots. The thought of this combination of a substance formed during explosive episodes in the Earth millions of years ago with a gently formed living substance, which may have been growing for hundreds of years before finally coming to an end, is both exhilarating and intriguing. I think of it as a fusion between animate and inanimate, above and below the ground, naturally both beautiful, and without which, we as humans could not survive’ 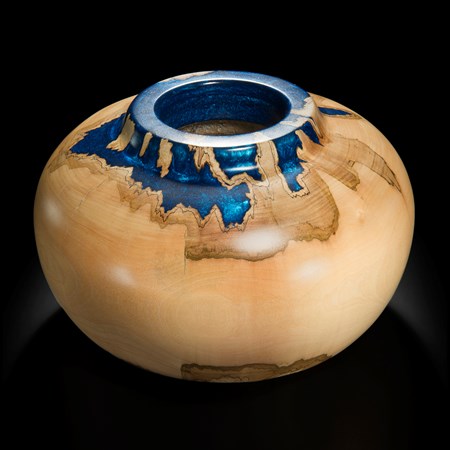 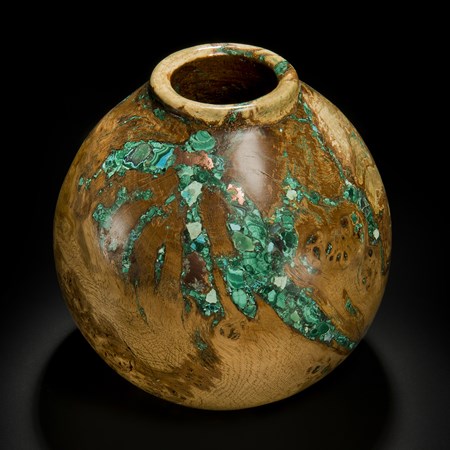 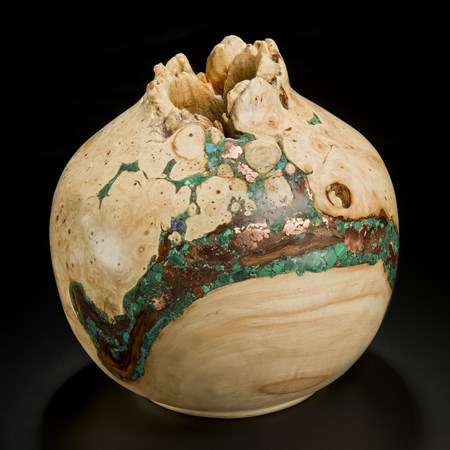 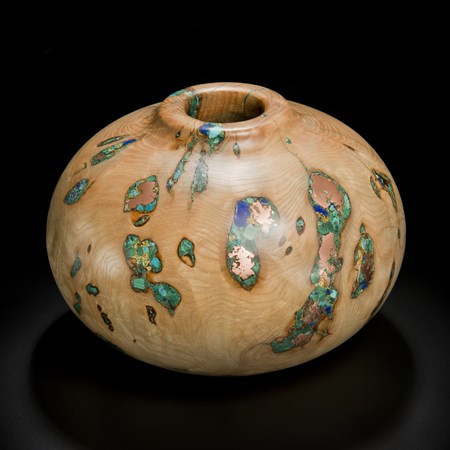 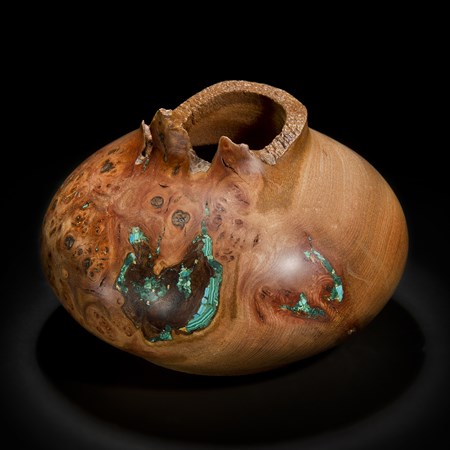 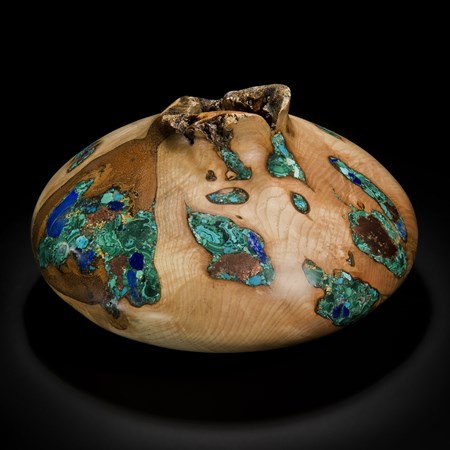 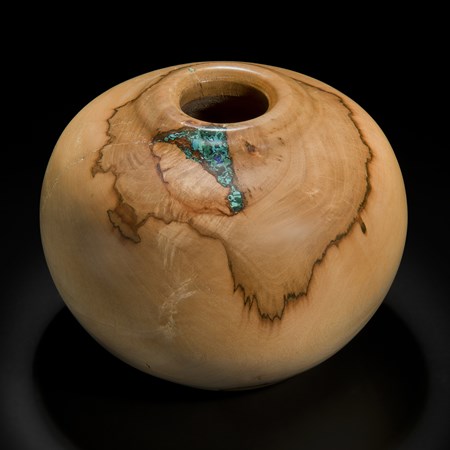 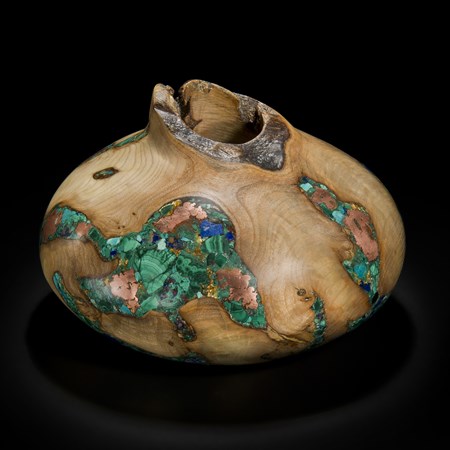 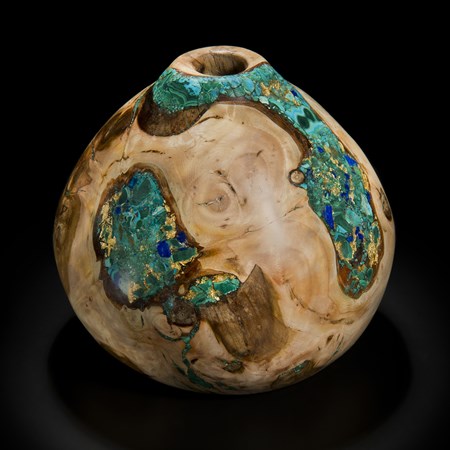 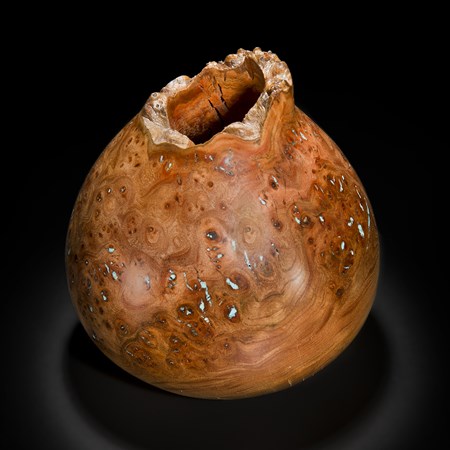