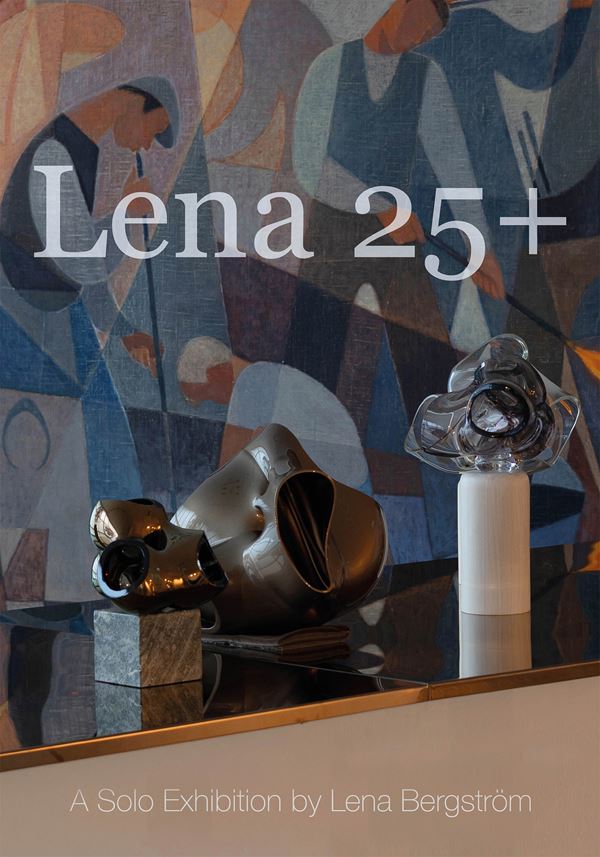 Vessel Gallery presents a new solo exhibition by the Swedish glass and textile designer Lena Bergström, whose playful, exuberant forms communicate her love of glass as an artistic material and her intuitive sense of colour and texture.

The exhibition celebrates the 25 years and more for which Lena has been designing glass for the boutique Swedish brands of Orrefors and Kosta Boda, and the nearly 20 years for which she has been represented in London by Vessel.

Lena 25+ is Bergström’s fourth exhibition with the gallery. Having first encountered Angel Monzon, the gallery’s founder, in the 1990s Stockholm’s creative scene, he came across her again in the 2000s, when she was at Orrefors. “It was Lena’s work which really inspired me to go into glass,” Monzon says. “She has been part of Vessel’s collection since the early days.”

Bergström has designed several prize-winning products and received numerous awards including a staggering 12 ‘Excellent Swedish Design’ awards.
She has works in the permanent collections of the;