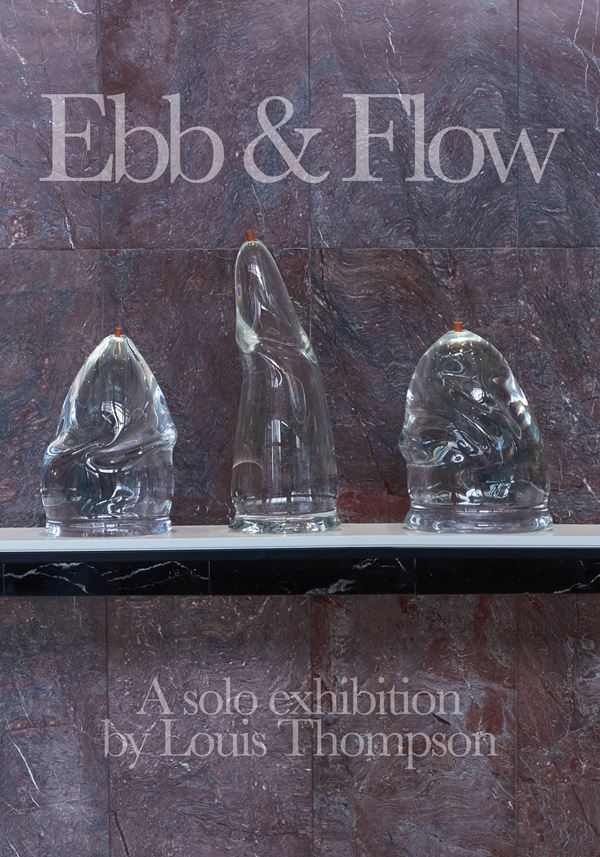 The monumental and majestic cathedrals of glass at Canary Wharf pierce the skyline of London with their gleaming facades; dazzling glass structures architecturally dividing light and space. What better place to celebrate the United Nations ‘Year of Glass 2022’ than to showcase one of London’s most exciting, multi-award-winning glass artists, Louis Thompson, in the spectacular lobby of One Canada Square.

Thompson exploits the inherent properties of glass using diverse methods of making which include blown and solid sculpted glass. The installations range from flamboyantly colourful, tactile, and organic installations where forms precede and are followed by accumulations and gatherings, while other displays are cogent, offering an impactful architectural aesthetic and narrative statement. His work is not only commanding and enchanting, but also powerfully conceptual. Every artwork tells a story.

Unveiling thirteen breathtaking installations that explore Thompson's three decades of glass making, Ebb & Flow is the largest UK solo exhibition of contemporary art glass, that has been curated by Jacquiline Creswell and presented by Vessel Gallery.

Thompson gained a Bachelor of Arts degree in 1988, followed by an MA degree at Royal College of Art. He has exhibited and worked with artists from around the globe, including at the international exhibition of glass in Kanazawa Japan, The Saatchi Gallery London and SOFA Chicago. His work is held in public and museum collections in Belgium, The V&A Museum London, the Czech Republic, Germany among others. Louis has completed a number of prestigious residencies around the world including Glazenhuis Museum, Belgium and Soneva Art Glass in Maldives.
View Online Download PDF