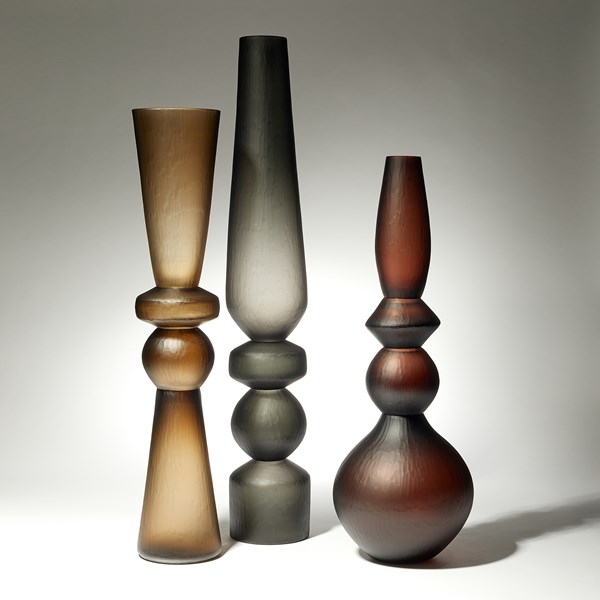 During his 30 year career within the world of glass, Simon Moore has built up a reputation for both technical and artistic mastery. His own workshop practice - first begun in 1982 when he joined the highly influential Glasshouse in Covent Garden - remains determined in its marriage of embedded skills and aesthetic subtleties, born of his love of making and expert knowledge of material.

Moore first set up his own workshop in 1989, having previously co-founded ‘Glassworks’ as a means to further develop a range of domestic ware building on his apprenticeship with the authoritative Ronnie Wilkinson, of Whitefriars fame; an ever-expanding catalogue of functional glass was then to follow, with global reach.

Now a consummate authority himself, with a respected passion for hard-won craft and dedicated workmanship, Moore has continued to explore and influence a range of glass-related fields: from his design directorships of both Salviati in Murano and Dartington Crystal in Devon, his art direction of ‘Salviati Meets London’ for Vessel Gallery, to his consultation (and making) roles for companies such as Bombay Sapphire and Nicole Farhi; from shop-floor to boardroom, his hunger for glass and thirst for knowledge have rightly earned him a significant international reputation.

Moore has also tutored at the Royal College of Art since 1988 and has work on display in the Victoria and Albert Museum. Strongly influenced by English and Venetian manufacturing techniques his appointment in 1999 as the creative director at Salviati, made him the only person outside of Italy to hold this position.

With a new workshop in Hertford, just north of London, Moore continues his own traditions. From the functions of a stemmed wineglass or a boldly-marked vase, to the sculptural abstractions of considered form, what remains core to his practice is the experience of skill and the beauty of workmanship. 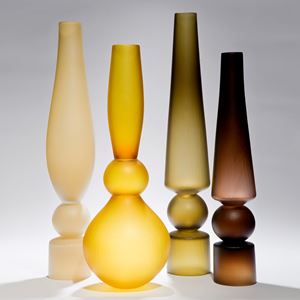 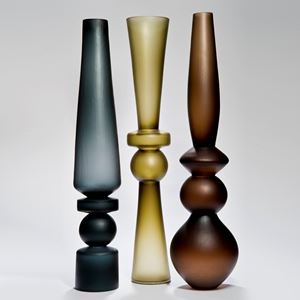 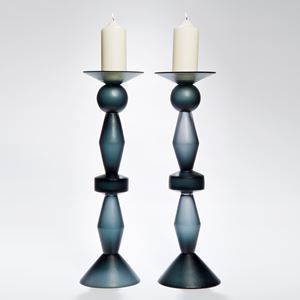 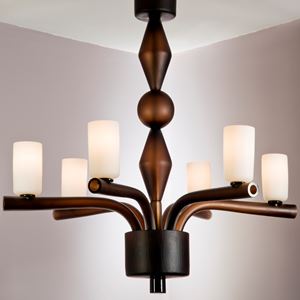 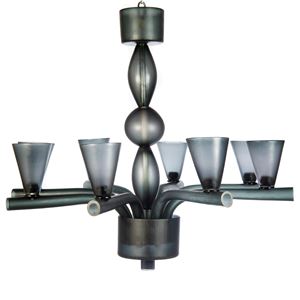 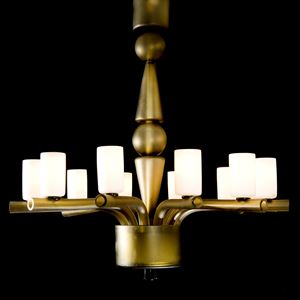 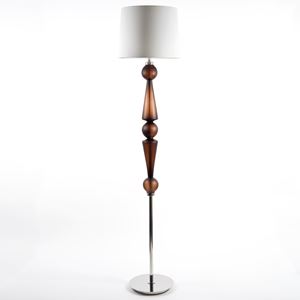 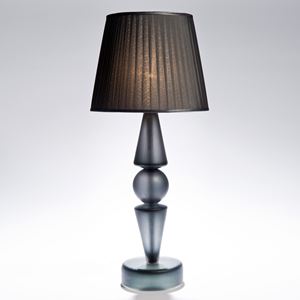 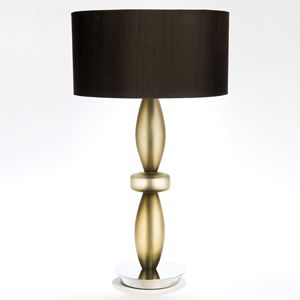 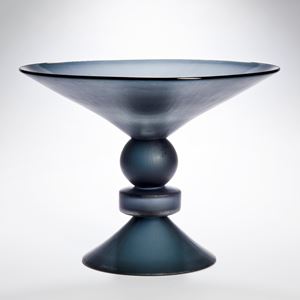 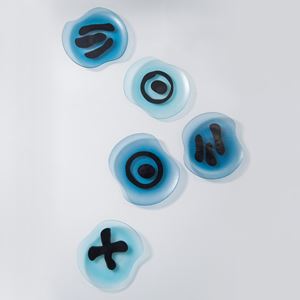 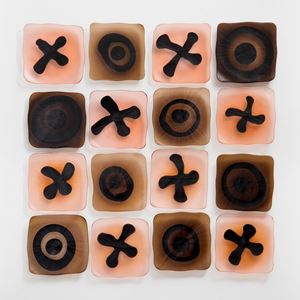 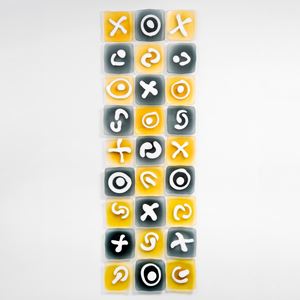 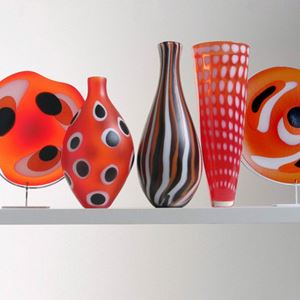 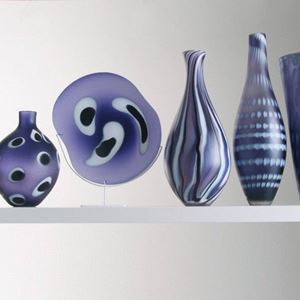 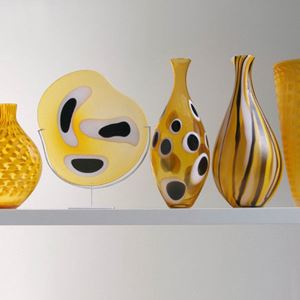 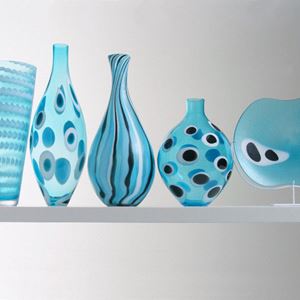 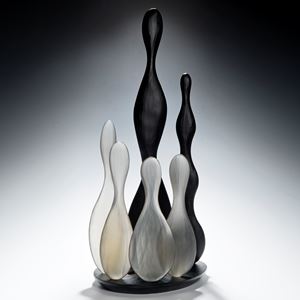 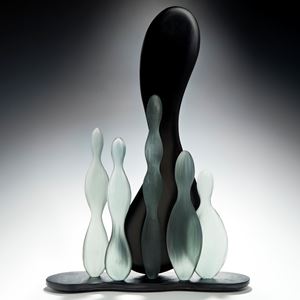