Collect Art Fair has gone virtual, but crafts have risen in popularity | By Caroline Roux for The Telegraph

Above | Wander by Chris Day

Collect Art Fair has gone virtual, but crafts have risen in popularity
Interest in ceramics, textile art and glass blown pieces has risen since the start of the pandemic | By Caroline Roux for The Telegraph


The Collect art fair has moved around a bit since it started 17 years ago, in a suite of grand rooms in the V&A. It moved to the Saatchi Gallery after that and last year popped up in Somerset House. And this year, of course, it’s… in your sitting room. Sigh. Like everything else, Collect has inevitably ended up online in 2021.

The fair, which is run by the UK’s Crafts Council, has a very clear identity. It’s the only high-end event that shows exclusively applied arts, all of which has been made in the last five years – which is good news for now. “We’ve seen a 109% increase in followers for textile artworks in the last year,” says Dustyn Kim, Chief Revenue Officer of Artsy, the online art platform that is supporting the fair.

“Ceramics went up by 95% and interest in emerging design by 100%. More and more people are actively collecting craft.” It’s also a boutique affair – just 32 galleries this year, which is quite enough when you factor in online fatigue.

A digital experience can never offer the same kind of chance encounters – with both people and things – of a real life fair, but there are advantages. “I’ve always wanted to do a European fair,” says Joern Lohmann on the phone from New York. “So I’m pretty excited to be doing Collect now. I feel like I’m supporting my artists, and reaching a new group of collectors.” 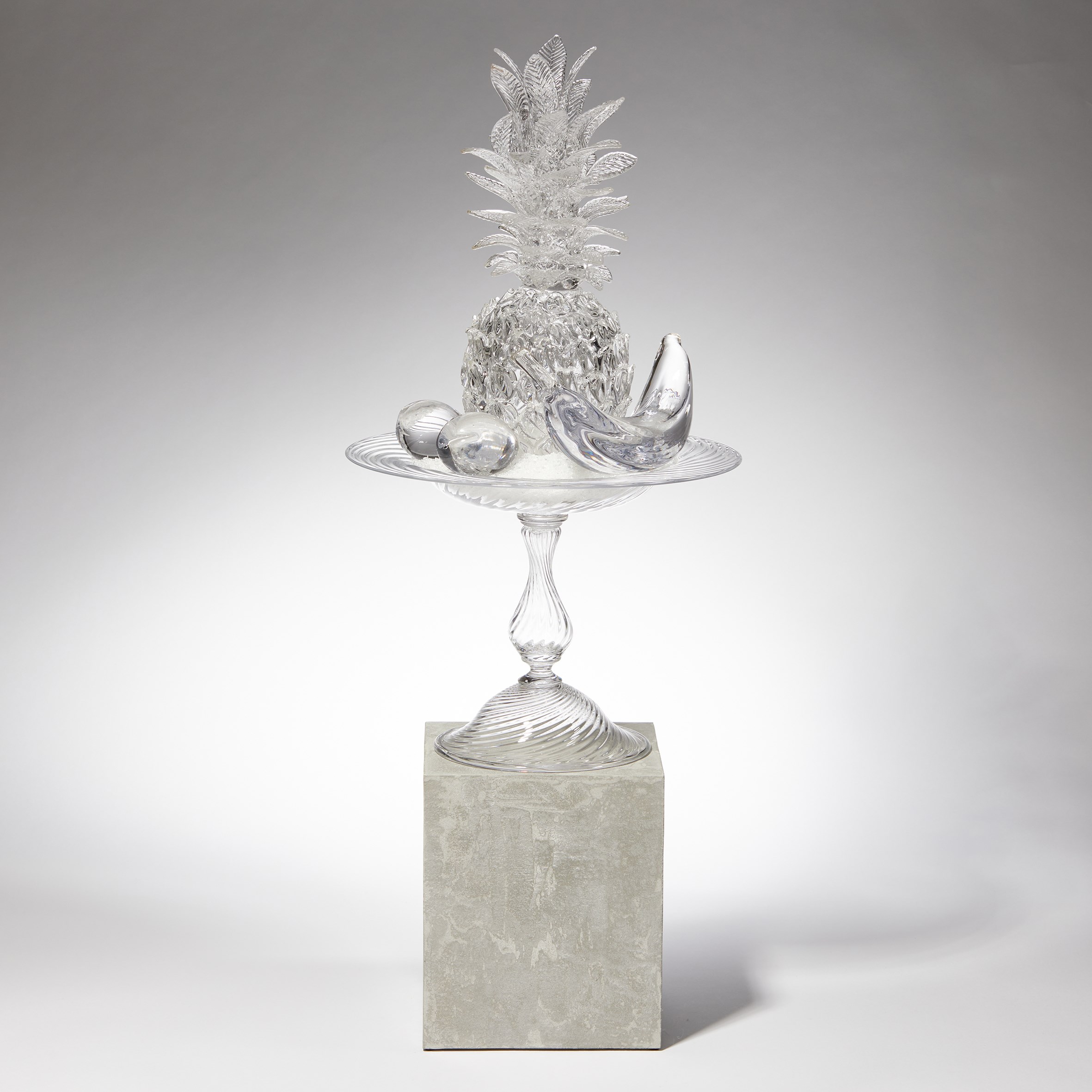 
Not that 2020 was a bad year. Lohmann, who has spaces on the Upper East Side and in East Hampton, found that “generally, the affluence didn’t change much.” At Collect he will be showing artists including the glassmaker Barbara Nanning and ceramist Sandra Davolio, both creators of extremely sleek objets.

In fact, digital sales have soared in the decorative arts market. “I think we were 20% export, before March 2020. Now it’s gone up to 80%,” says Angel Monzon who has run his gallery Vessel in Notting Hill – specialising in glass – for 20 years. “The US is our strongest market, then the Middle East and Russia.” Not that the year started well – Monzon had coronavirus and a bad smash and grab break-in at the gallery as lockdown started – but has seen a real enthusiasm among both his artists and collectors.

Elliot Walker, the winner of the unlikely Netflix success Blown Away (like Bake Off, but for professional glassblowers) is part of his gallery and will have pieces in Collect. Likewise Chris Day, who came to glassblowing after 20 years as a plumber and whose intricate works, made up of multiple parts, are now being collected by museums.

For London gallerist Sarah Myerscough, Collect is a springboard for an exhibition which will run well after the fair is finished. Called Broken Beauty, it will include artists whose work is outside the mainstream. Kate MccGwire, for example, who recently completed a private commission using 5,000 feathers; and Marc Ricourt, a self-taught woodturner. Ricourt is also a nominee for the Loewe Foundation Craft Prize. The winner of that will be announced in May. You never know: Ricourt could be a good investment too.

Collect is open to the public from 26 February. Purchases can be made until 24 March. www.collectfair.org.uk | www.artsy.net | Link to the original article 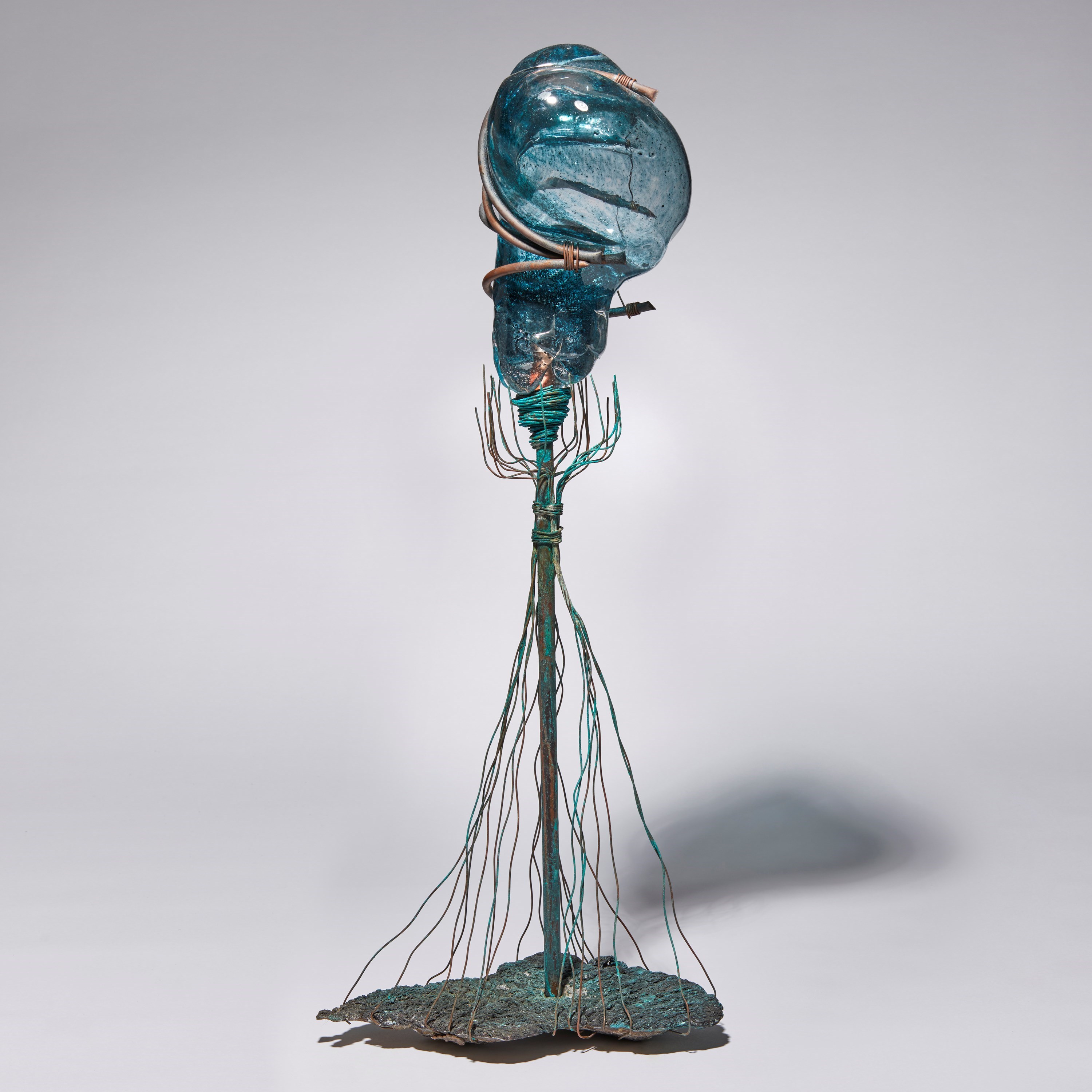 Above | Impostor Syndrome by Chris Day