Malet is an artist who works with precious, non-precious, found metals and recycled metal containers, creating art works that are inspired by the rich textures, colours and sculpted shapes of natural forms and landscapes.

Surrounded by her subject matter, Malet lives and works in rural Herefordshire in the UK. Her studio overlooks orchards, hills and woodland, in what can only be described as the perfect setting for her. She spends much of her time walking, looking at the surrounding terrain and the details within it, observing its changes throughout the year. Other landscapes, coastal paths and beaches also offer differing areas to explore and examine. However, none of these observations are about trying to copy nature, Malet’s aim is to capture a sense of it and create her response to it.

Malet is particularly drawn to vessel forms from the organic to the manmade. They are one of the most basic and universal of objects, which can be found in use for daily mundane tasks yet also play vital roles at occasions of celebration and honour.

In her owns words;

‘‘'Vessels’ found in nature for example, catching the eye of the beachcomber, have done their job, briefly becoming relics before decay continues the constant cycle of production. Through my on-going work with ‘found’ metal cans, I am exploring ideas of production, transformation, renewal through decay and reuse, and of perceived value; taking a throw-away, manmade, mass-produced food-can, I ‘transform’ it into a ‘precious’ vessel; each piece inspired by an element of the natural world: a battered rock formation, dancing light and shadow in woodland. In contrast, when working in silver, I make pieces which often focus on objects ‘discarded’ by nature: a curl of split bark, a seed pod. In doing so, I make pieces, which by using a precious material, ‘transform’ and draw attention to the value of a ‘throw-away’ and often transient object from nature. My objective is to make pieces that celebrate and notice the relationship between the natural environment and the extraordinary materials it provides”

Malet's works can be found in many museums and galleries including the V&A, National Museum Wales and the Manchester Art Gallery. 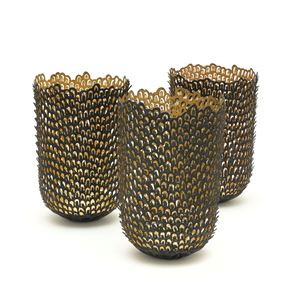 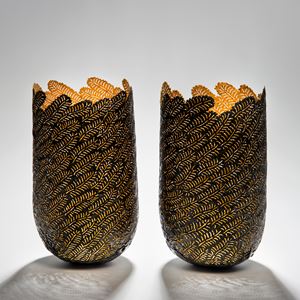 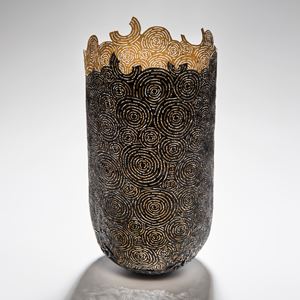 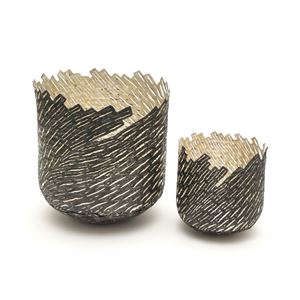 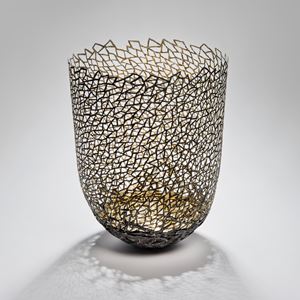 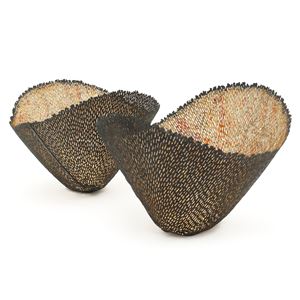 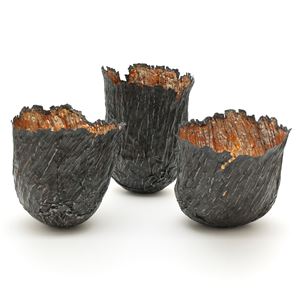 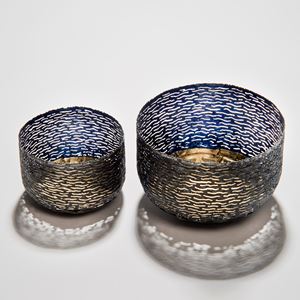 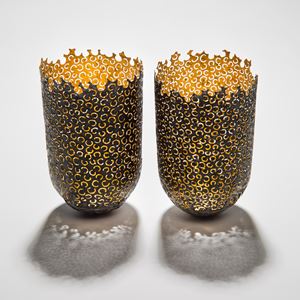 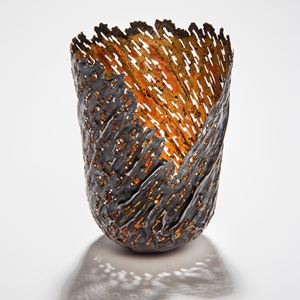 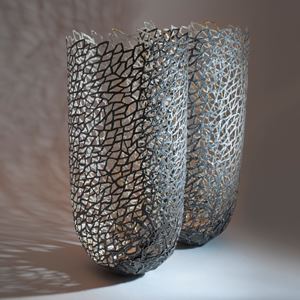