Nicholas Arroyave-Portela’s professional ceramic practice began in 1994. After 20 years based in London, he moved and set up his studio in Barcelona, Spain.

“Over two decades ago when I started out as a young artist working with clay, a particular concept haunted me - “It is written the water that flows into the earthenware vessel takes on its form" Lao Tzu, an ancient Chinese philosopher - I wanted to explore how this idea actually translated for me. I started experimenting with polythene, a material easily transformed in shape and form through the insertion of water inside its walls. This analysis led to a fascination with saturation, volume and fullness, also with the opposite qualities, of emptiness, dehydration, cracked and dry.

After a long break of many years, I decided to revisit the vessel as a vehicle for self-expression. It felt like coming home after a long journey. I have become conscious that these qualities have now taken on a symbolic emotional gesture of the human condition.

When working with materials as metaphorically powerful as Earth, Air, Fire and Water, I am also made aware that the ritualistic and performative aspects of throwing have become like a mantra for me, one in which the revolving motion of the wheel head, the clay moving through my hands and the water acting as a lubricant to create form also allows me to connect to a particular state of mind.

The vessels that are created are the manifestation of being in that state of mind where I am free to trust my intuition and creative instincts.

I also take inspiration from the life and work of Dr. Masaru Emoto, the Japanese scientist who studied the scientific evidence of how the molecular structure of water transforms when it is exposed to human words, thoughts, sounds and intentions. Water being one of the constant references in my work, Dr. Masaru Emoto has made me more mindful of what I am putting into each and every work of art that I produce.

Indeed I am also able to use the metaphor of water as a means of representing time, which not only takes an infinite number of shapes but also comes in cycles” 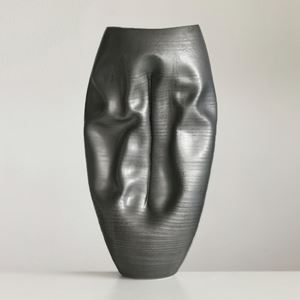 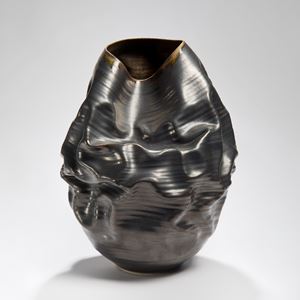 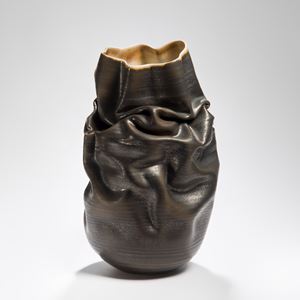 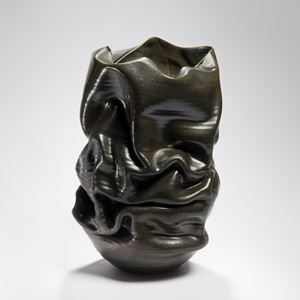 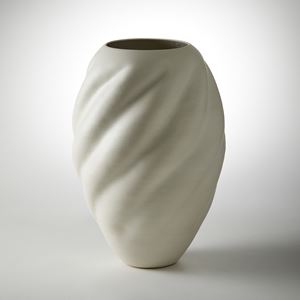 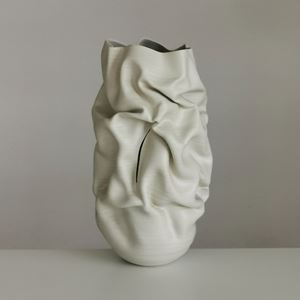 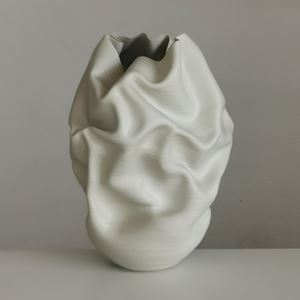 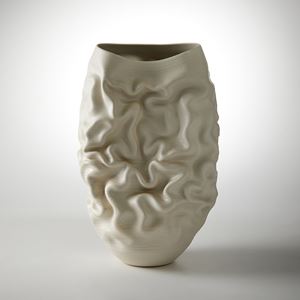 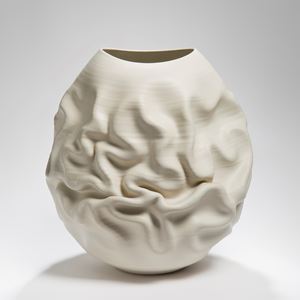 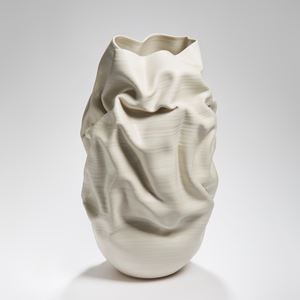 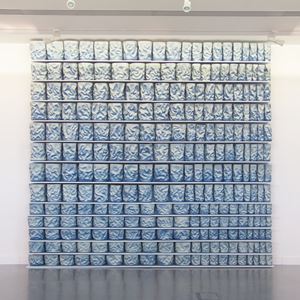